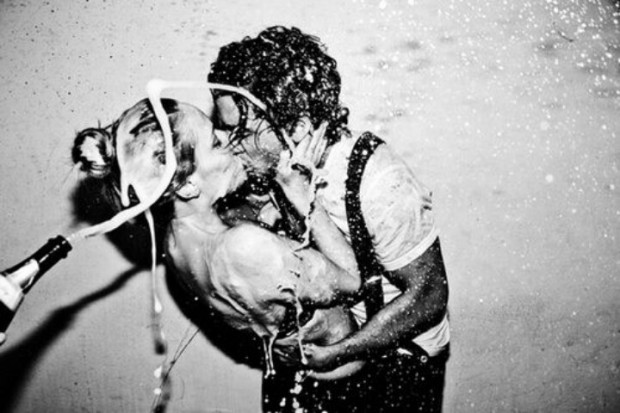 Have you ever wondered why we get so excited for New Year’s Eve? Why do men add that extra spritz of cologne and dollop of hair gel? Why do women insist on wearing the sparkliest outfit they own as if they’re competing with the North Star? Why do we put so much effort into celebrating a night that really carries no significance other than its place on the calendar?

We celebrate the New Year because it represents a new beginning complete with a new outlook, a new (temporary) workout regimen, and most importantly new dating and relationship potential. Once the clock strikes twelve we are no longer tied to the bad dating decisions we made last year. You’re officially allowed to erase the memories of the time you slept with that guy you met on Facebook or the date you had with your former high school classmate’s little brother. It’s ok. We all make mistakes (but let’s not make those mistakes again). The best way to keep from repeating dating disasters is to have a plan. Here are a few good ones to start.

1. Know your end goal. If you’re going to give your number to that person you met at the grocery store or if you’re tempted to text that hot guy/girl you met online, make sure you know what you want from them. Not knowing what you want means that you’ll never get it. That’s how you end up doing the walk of shame repeatedly.

2. Upgrade the quality of your communication. Have you ever heard the phrase ” it’s not what you say it’s how you say it”? In this case that is completely wrong! It is about what you say so say what you mean. Don’t send a five-paragraph text or leave a twenty-minute voicemail just to ask someone if they’d like to grab lunch. Succinctness is sexy. Try it.

3. Recognize a good thing when you see it. Having options is a plus but having so many options that you don’t acknowledge a great thing when you find it is detrimental. Enjoy playing the field but if you find someone with at least seventy percent of the qualities you want and none of the deal breakers you should probably take time and explore that option. No one is perfect but someone could be the perfectly imperfect person that you need.

Last, but not least:

Either way, take a moment to celebrate this new adventure and new beginning.

Cheers to the New Year!

Cheers to leaving old habits behind!

Cheers to having another chance to get it right!

Devyn Simone is a Kansas City native who believes nothing is impossible as long as you’re wearing the right heels and lip gloss. Devyn became an official movie critic for a top radio station, the host of a weekly teen radio talk show, and crowned Miss American Teen all before the age of 17. She made her silver screen debut in 2006 as the outspoken pageant coach on MTV’s Tiara Girls. While studying at the University of South Florida, Devyn was cast as a housemate on MTV’s The Real World: Brooklyn. Devyn’s love life began to spark debates, online polls, and audience response worldwide. Since her time on The Real World, Devyn Simone has been featured in numerous television projects including multiple seasons of MTV’s hit show: The Challenge. Devyn latest television project will premiere in spring 2014. She is currently working on her first book, which will give insight into her adventurous (and often amusing) love life. In the meantime, Devyn connects to her fans with weekly dating tips on her blog www.devynondating.com