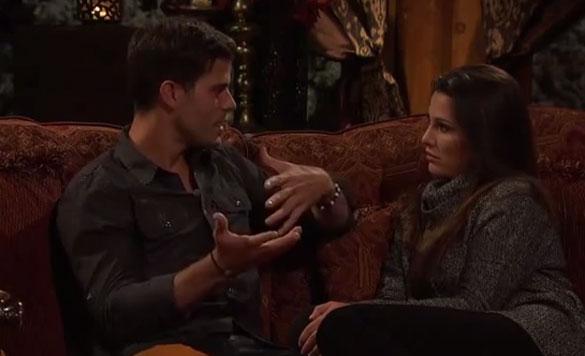 The Bachelorette: A Tragic Love Story

We never know when a conversation with someone might be the last, and unfortunately Andi Dorfman found this out the hard way during last night’s episode of The Bachelorette.

We knew from the beginning that this season was dedicated to Eric Hill, and yet his accident still seems all too sudden.

Last night we saw Eric and Andi in a defensive argument, seeing Andi cry for the first time, and watching Eric hop into a taxi and leave the show. Little did we know that this was his last appearance.

Eric died in a paragliding accident while Andi was taping her hometown dates. His death provided a continuing undertone of the season, as we anticipated when the tragic news would surface.

After a commercial break, Chris Harrison said, “It didn’t seem right to show the rose ceremony after Eric’s last scene on the show.” Harrison asked if Andi would have changed anything about her relationship with Eric: “The way Eric left and my last conversation with him, it’s not ideally the last conversation I would want to have with somebody.”

I think all of us can agree.

Determined to find love, Eric left the episode with his head held high, sharing his importance for returning to his family.

We also learned more about Dylan’s family, as he shared his story of his two siblings who died due to drug overdoses. It was an emotional episode to say the least, but that didn’t stop the men from getting their game on during a group basketball date, playing with members of the Women’s National Basketball Association.

The men were split into two teams, where The Rosebuds dominated the Five of Hearts. Marquel had no problem voicing his victory, telling the losers to go back to the hotel and eat some cereal. Thank you Marquel. Every morning as I go to pour my cereal I will remind myself that I am, yes, a loser. Duly noted.

Andi’s date with Marcus was one for the books, as they ever so casually walked down the side of the Mohegan Sun Hotel.

Props to Marcus who, just as terrified as Andi, stayed strong and helped Andi to trust him and herself to jump of the edge. Scary stuff.

On Sunday’s “Bachelorette” episode Andi took JJ into the future, dressing the two of them up as an old married couple. I have to say, Andi makes a cute old lady, but JJ seriously needs to work on his elderly voice. His “any time babe” was almost on the verge of creepy.