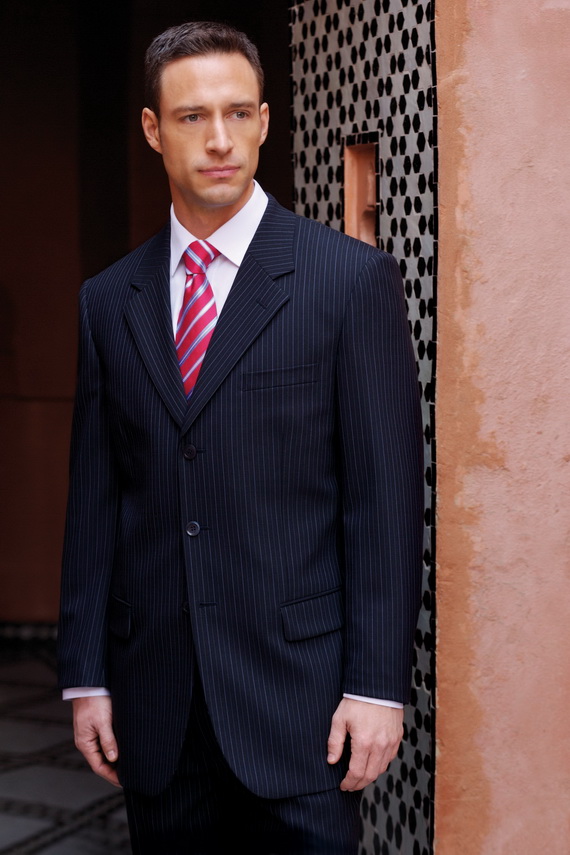 Hey Ward: What’s Up With The 3-Button Suit?

Hey, Ward: I hear the 3-button suit is making a comeback. I hope so, because I’ve still got a few in my closet. Should I break them out now, wait, or donate them?

It’s not that the 3-button suit went out of style so much as the look it conveys did. It’s all about form-fitting suits and jackets these days. Too many 3-button jackets just aren’t that flattering to the modern man’s form, just like double-breasted suits are now cut differently than they were in the “much too big” 90s. A 3-button suit is still a great look for tall guys who want to call less attention to their length or lankiness. For those of us of average height (or on the short side), the look simply isn’t flattering. But that doesn’t mean all is lost when it comes to wearing the 3-button blazer. If you’re tall, the same suit rules apply as with a 2-button: button the top two buttons and leave the bottom one undone. If you’re short or average height, only button the middle button. And, if you’ve got a casual 3-button blazer, you can roll the lapel down a little farther, so that top button isn’t even noticeable. Now your 3-button jacket looks like a 2-button jacket.