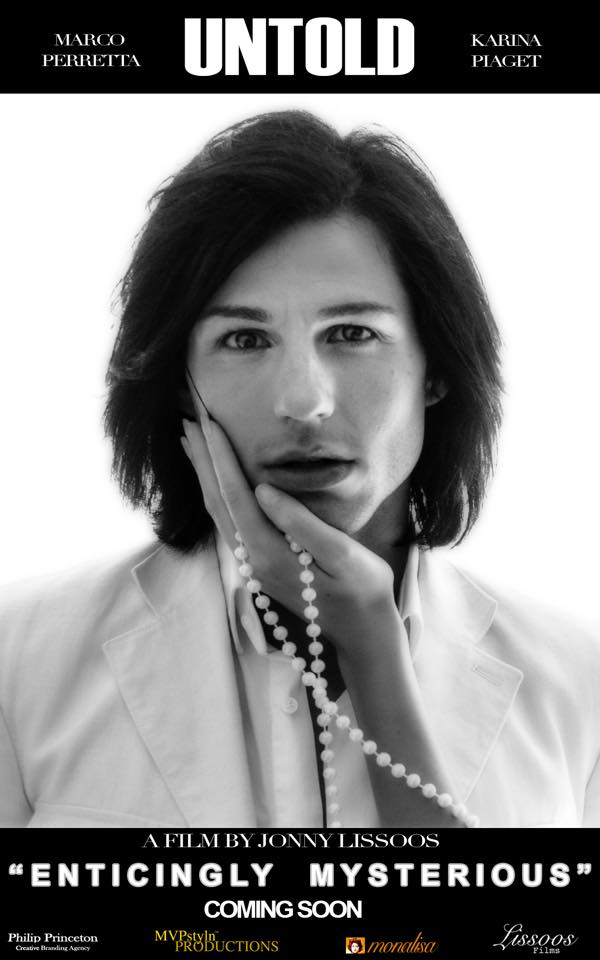 An Interview With Up And Coming Actor Marco Perretta

Gary: Marco, tell me a little bit about yourself. How did you get involved with acting?
Marco: Well I’ve always been associated with the filming world and the fashion world. So I decided, I don’t know, I just really felt more passionate about acting than actual behind the scenes. But of course it’s very hard to get in this industry, unless you know people or connect with people. So I worked behind the scenes as a hairdresser, starting. And my parents had the industry to connect me into the hair and into the fashion. And from that I moved forward with New York. I moved to New York for a bit and opened some doors for me there. I worked on a few shows like Gossip Girl, and stuff like that. And really felt the passion for acting, actually, more and more every day.
Gary: Are you formally trained?
Marco: I’ve been formally trained for almost three years. David Rotenberg is my teacher; he’s one of the renowned teachers of New York, L.A.
Gary: And when was your first acting gig?
Marco: It actually was my first music video for Simple Plan, by Sebastian Livingston called “I Fall For You”. I was in the video.
Gary: And so now we have this film, which debuted at TIFF this year. Tell me a bit about how you got involved with that?
Marco: Well the movie’s called ‘Untold’. And I got into it with a great friend, Johnny Lissoos, who happens to be in the filming as well as a photographer and videographer. And we brought him and us together one evening and we discussed making a film together that would kind of benefit both of our lives, and kind of exploit our lives a little bit of our past, present, and future. And, yeah, so he happened to have an original poem that he had made out of 200 poems. And we fell in love with the one poem and we kept going further with that and seeing what we needed to do. And because of my back up on connections in the filming world, we were able to kind of produce a film with a production team and everything like that. And with low budget, very low budget, and really worked to getting it up there.
Gary: Tell me about the story line of the film, I know it’s a poem.
Marco: Well the story is basically a man who loses hope, loses desperation about life, and doesn’t understand how life really is until he actually loses the one thing he loves most. And it doesn’t have to be about a person, but in the movie we actually have a girl that is played, my, kind of my spirit guide that I lose. And I lose my spirit, my hope, my whole transition of life in this film. And this character really just embodies, you know, lust, hope, and embarrassment for his life. And I think this was the only movie that I feel, to myself, that a non-talking film it’s hard to portray. Depression, suicide, lost hope, all that, that we just discussed. And so when it came to being of this film we actually brought it to our attention that we wanted it to have meaning. And the meaning was, at the end of the day there is always a light. And if, when seeing the film in the next six months hopefully coming out soon to world-wide public, that it actually will eliminate a lot of suicides in the world; for example the latest one celebrity Robin Williams with his recent story. And we want to make sure that every tough time goes with a balance. And every balance comes with a light at the end of it.

Watch the trailer for Untold