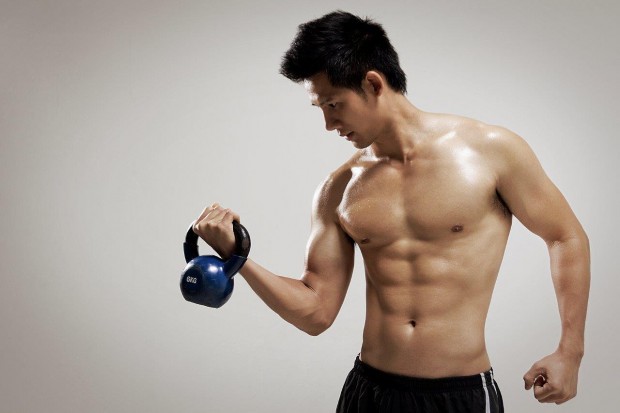 Duet: What Body Type Are Women Attracted To?

How To Read A Duet Article

If you are a man that is reading an article written by a woman, you may be analyzing the article in such a way that could leave you puzzled and probably curious. You may have questions of your own or even different theories that combat or challenge the opinion of the female writer whom is sharing her thoughts with you. The purpose of a Duet Article is to provide two opinions that either compliment each other or negate each other. At times, a man sees the world one way, and a woman sees the world another. Other times they see the world through similar perceptions and come to agreements in theory, but use different words to express themselves. By creating a contrast between the two sexes, readers can indulge in content that stimulates the mind, body, and spirit in various ways. Much like a song that is sung as a duet, when you hear a woman sing her part, you respond differently than when you hear a man sing his. Duet Writing intends to have the same effect.

Here, we have a he-said, she-said on the topic of how important physical fitness is in a partner. What do women really want?

Speaking from an idealistic point of view, your social media platforms have given you access to view the profile pictures of thousands of people that are potentially within some sort of communicative reach through one or two of your mutual friends. If you are somewhat connected to anyone in your social circle that has friends in the fitness industry, then you probably come across images of women that have exemplified a fitness lifestyle in their Facebook profile pictures or Instagram feeds.

You have probably seen one, two, or maybe even hundreds of profiles of individuals of the opposite sex that are either jacked, ripped, or have some sort of athletically appealing body type.

Our mutual friend tabs give us quick looks at the people that our friends are associated with. I can openly admit that curiosity often peaks my interest and I end up scrolling left to right on my iPhone looking at all the pictures of various women that come up on my “People You May Know” list.

Considering I have been involved with Fitness Star International for the past 3 years, I’ve befriended many of the competitors that have participated in the FS events. So with that kind of network I am bound to come across profiles of fitness enthusiasts from abroad.   Have you ever just wondered out of curiosity whether or not you would ever be able to land a girlfriend that has accomplished the kind of body that could potentially intimidate you?

I mean think about it, the amount of discipline that a woman has to commit goes far beyond the average standards of what most people commit their focus to. It’s a lifestyle. Women that have accomplished fitness goals think, act, and live completely different lives. They have meal plans, they exercise religiously, they sleep accordingly, and they don’t associate themselves with anything that will take them off course from reaching their Maximum Potential.   From a man’s perspective, do these types of women intimidate you? Have you ever thought to yourself that a woman that is entirely committed to her fitness goals would not be attracted to you because you don’t follow through with a similar lifestyle regime?

You see, several clients of mine have been bringing up this topic to me

and I’ve been adamant about pursuing the belief systems that enable them to truly believe in the value of themselves without considering their physical appearance. However, I can empathize with their concerns since I by no means have a fitness body. I’m not jacked, ripped, cut, built, or remotely close to having a body that I am proud of at the beach. Do the insecurities eat away at me when I am put in a position where I have to expose myself without a shirt? Yes of course! But I’ve learned to subsist. I have created a keen sense of awareness around the positive characteristics that make my mind my strongest feature when it comes to generating attraction with the opposite sex.

Men may often feel that they are worthy of meeting their “dream girls” but hesitate when it comes to the approach because they are insecure with their own bodies. I’ve emphasized the importance of mental stimulation and establishing a confidence within themselves that roots from a mental and emotional connection. Although it seems like connecting on a physical level is the first pull from attraction, it doesn’t have to be. Stimulating a woman’s mind can have her look beyond the physical and generate a much deeper attraction mentally.   The challenge is getting her attention.

Women see potential in you that you may not see in yourself. We understand that we are all works in progress. We enjoy being supportive, and encouraging our partners to pursue their goals whether they are physique, career, etc. Women are attracted to men that have a strong desire for self-improvement of the mind, body, and soul.

It doesn’t matter to us if he if looks like he jumped off the cover of Men’s Health Magazine. Although that may catch our eye initially, it’s simply temporary lust. Substance is a must! We want a partner who has goals and takes action daily to meet them. Ambition is sexy.

Fit women do have certain lifestyles that they maintain, but instead of being intimidated by those types of commitments, why not view it in a positive light? Try seeing it as an excellent way to support one another in a healthy living lifestyle. Together you can embark on new lifestyle regimens that can include cooking clean meals, enjoying a workout together, and hitting up a yoga class. These are all amazing ways to strengthen the bond in a relationship.

So you look down and you see a stomach that is bloated, fat, or maybe even flat (skinny). You think to yourself, “she’ll never be attracted to me because of the way I look.”

Guess what, you’re wrong! Channa said it best in the paragraphs above. “What really counts is how men make us feel. We want to feel desired, wanted, needed.”

Personally, I’ve never been with a man whom I considered dating and thought, “if only he had a 6-pack, he’d be the perfect man.” I have however been on dates with men whom I was physically attracted to through their shots in fitness magazines and thought, “ugh, this guy is dumb and thoughtless,” and it never made it past the first date.

Mental chemistry takes physical attraction to a whole other level, a level that cannot be attained purely via the physical.

Physique and Health however are very different. Making positive lifestyle choices is important because women are genetically wired to desire strong, healthy men. We want you to be around for the longevity of the potential relationship! I love the analogy of the oxygen mask on an airplane. Prior to taking off, the flight attendants tell passengers that in case of an emergency, put your own oxygen mask on first before helping anyone else with theirs. This is because if you pass out, you are of no use to anyone else. This is the same with health. If you are not taking actions to ensure your own good health, then you will not be operating at your peak.

Women are mostly stimulated by thought and action. If you are a thinker, and a doer, combine the two with positive intent. You will then be perceived as a winner, a keeper, integral, and an alpha male. But if you are a talker, a shower, and a boaster, then you better back all that jazz up with a dose of sincerity and humility.

You see, there are women that are attracted to the glitz and the glamour that comes with being accomplished and “successful”. That’s fine and all. But with that type of attraction there is usually an emptiness that gets discovered down the road. The emptiness comes from the lack of substance that is needed when it comes down to how much attention this “successful” man gives his woman. Men that are devoted to their careers are mostly caught up in keeping their success, so putting their women as a priority becomes second instead of first. Great men, loyal men, good men, know that their women come first – equally of course. Relationships are about BALANCE. A smart woman knows this.   A woman that values herself is very aware of the type of man that can make her feel:

Your physical woes are the least of her concerns, however, she may support, encourage, and motivate you to make a change if she sees that your insecurities are affecting your natural ability to be as great as you are. Take her consideration as the second most impactful drive for you to do something about what’s keeping you from feeling 100% satisfied with yourself. The first drive is the drive that comes from your own willpower to be your Best Self.

All in all, be confident in yourself. Confidence is an extremely sexy trait in a man. If you are authentic in your desire to get to know us, be thoughtful in your approach to stimulate our minds. If you are taking daily action to be the best version of yourself, then you are going to attract the right woman for you, regardless of whether or not you’re rocking a 6 pack.

The way to our hearts is through your consistent actions and attentiveness. Make us feel like we are a priority, while also making yourself a priority by living a life you are passionate about. After all, you attract who you are!

If it’s the girl with the fitness lifestyle and hot bod that you desire, then go after her! Don’t hold back because you are worried she wouldn’t be interested in you because of your physique. As you know now, that’s not the case. You miss 100% of the opportunities you don’t take.

At the end of the day, all women want is a man who is going treat her well, who they can stay up all night laughing with, have engaging conversations, and build a passionate and fulfilling life with. That guy could be/is you!

Woman’s Opinion by Channa Bromley
If you enjoyed this article, please visit www.ChannaBromley.com to read more and learn about all the services I have to offer including MatchMaking & more!