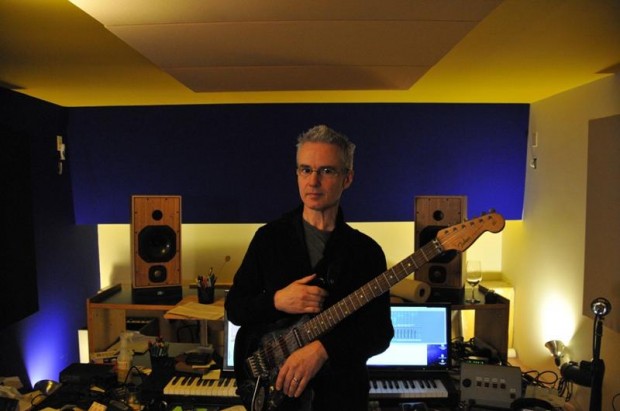 Michael Brook On Winning And Sundance 2015

LS: You’re a man on inextinguishable fire. You wrote the score for two box office biggies: Perks of Being a Wallflower

and Into the Wild

. You have two new films premiering at the most prominent American film festival. How does one create a film score and what’s your formula for success?

M: Well, the filmmaker typically sends clips as they’re shot, unfinished, and you decide what the piece needs—a drummer or bass player etc. When you feel the composition is finally presentable, you submit it and hope the director likes what he or she hears.

LS: Does he or she ever not like it? Do they ever reject what you’ve created?

M: Oh sure. Because a lot of it is experimentation and you’re trying to bring something to the visual that nobody’s been able to articulate. You don’t usually get it right the first time around or even the second time. Failure and rejection is an important part of the whole process. In fact your job is to experience overwhelming failure, before any amount of success.

LS: You previously mentioned you were raised in Toronto but not in a particularly musical family. So where was your starting point?

M: Well, I was always in bands. I played the Toronto bar circuit way back and through a chain of circumstances met Brian Eno who greatly influenced my work and helped produce my first album. He has a unique attitude about recording in that you’re glad when accidents happen; accidents are happy occurrences, especially if you’re in a rut.

LS: This isn’t your first round at Sundance. While in town do you get a chance to network musically or collaborate with other film composers?

M: Yeah. Actually Sundance hosts the ASCAP café, which is wonderful because you get a chance to see how other artists create and work. Musicians are often alone just like novelists are isolated while they work. I mean, how many novelists get a chance to watch other novelists write? Hardly ever. So I got to play at the ASCAP café one year and it was helpful and inspiring.

LS: It took you about five months to complete your work on Brooklyn. Are you satisfied with the end product—do you feel it’s a good representation of your music?

M: I do. And it was the biggest string section I’ve ever worked with and that was really great.

LS: What inspires you to create? Is there a certain stimulus that promotes the creative process, like some kind of a visual i.e. the beach or cityscapes?

M: No, actually the process of creating music is the thing that inspires me to create. I don’t feel that it has to be an external thing.

LS: What are your personal goals? What do you do to keep improving yourself, moving forward and how do you manage to keep looking so fit? Do you eat organic? You obviously have some kind of regimen.

M: I try to go to the gym daily. And I fail. But I used to say I’d go every day and then I failed at that too, so now I’m back to saying I go daily. Also the New York Times has a new seven-minute workout app and I’m a very recent convert. New research suggests working out for shorter periods is more efficient and I like the idea of working out hard and only for seven minutes.

LS: What’s next for you, Michael?

M: I don’t know. (laughs) I guess what I’d really like to do after Sundance is just take a few days off.