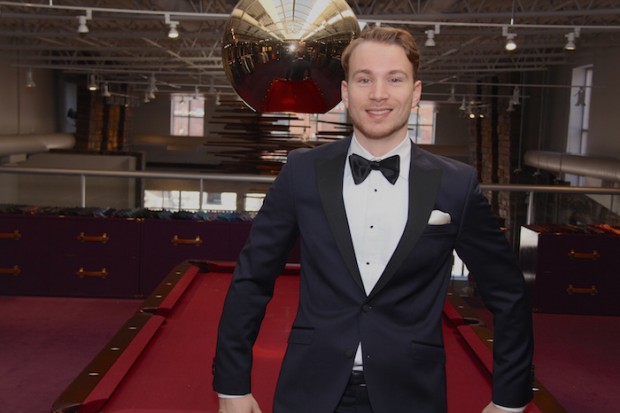 Tyler was born and raised in Toronto and is in love with his city. From early on his passions have included cars and films and he has been fortunate enough to work in both of these industries. Beginning with careers in automotive journalism and marketing and then followed by one in film production, Tyler has now parlayed these two passions into a career by working for Audi Downtown Toronto while still having time to work as an Actor on a part-time basis. Tyler’s most recent work includes being a precision driver for different high-end car commercials, but his dream is to be a full-time Actor racing cars like his favorite star, the late Paul Walker. He is a very social individual and his friends would say he is a catalyst for fun, always bringing people together and making them laugh. He is active and outdoorsy and plays organized sports, loves to read and write, and has a positive outlook on life.

My ideal first date would be: something low key, first dates should be more about conversation and finding a connection.

People say that I am: fun to be around and always making people laugh.

My ideal partner is: someone outgoing and intelligent who helps bring out the best in me.

Dating deal breakers: I dislike anything fake, both physically and mentally. I’m not into botox and bleach or anyone who acts a certain way to impress the masses.

I’m not bragging but I…: am a published writer.

A talent that may surprise you: I have extraordinary skills behind the wheel of a car  and occasionally teach at a stunt driving school.

My dream vacation: I’ve always wanted to tour around South America on a  motorcycle.

If we spent the day together in Toronto we would: take in an afternoon Jays game  followed by some sunshine by the lake and a cold drink on a patio.

What I put on my burger: I usually opt for everything, surprise me.

I was most impressed on a date when she…: makes me laugh.

In high school I was: heavily involved in leadership and athletics.

In my past life I was: a lawless cowboy.

In my next life I’ll be: a rockstar.

If my life were a genre of movie it would be: action-comedy.

The actor that should play my life story is: I would say Paul Walker but he is sadly no longer with us. Maybe I could play him in his life story one day.

Favourite Toronto spot to grab a drink: is hard to say, I don’t have one specific  favourite spot but definitely pubs over clubs.

To relieve stress I: play hockey every week or go for a spirited drive.

If I played hooky I’d…: be at the beach or up north at a cottage with friends.

If I found a genie in a bottle my three wishes would be: I’d probably ask for a billion dollars, Superman’s powers, and then save the third wish for a rainy day.