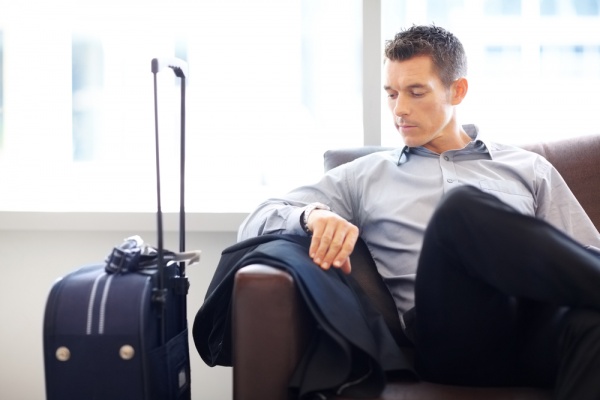 A: I have the same problem. I travel all the time, by plane, train, or automobile. The secret isn’t just finding clothes that look good, but clothes that feel good and travel well. Luckily, jet setters like yourself aren’t uncommon these days, so there are options. Strellson makes a suit that is part of their new Travel Collection. It’s made from highly-twisted yarn that has a very noticeable lightness, so you won’t feel stuffed into it as you’re stuffed into those tiny airplane seats. The non-crease material will keep you from getting it wrinkled (always a plus for business meetings) and it’s even water-repellent. Inside the jacket are safety pockets, which keep everything from your passport to your extra cash secure and hidden away.