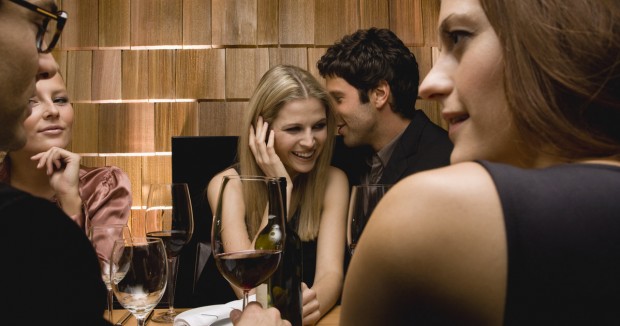 Why is it my friends don’t like my boyfriend?

That’s a good question; why? You know they care about you, so, if they’re going to run the risk of hurting your feelings or making you angry, I’m sure they’ve got a good reason, you have to hear them out.  Don’t ignore their concerns, they’re the ones who’ll be bringing over the bonbons and wine should they be right about him.  Friends are forever, boyfriends? Not as much.

In my years as a Matchmaker this has come up quite a bit, clients will say ‘well, apparently I’m no good at picking my own boyfriends, so I thought I’d leave it to a professional.’  Objectivity is always a good thing, but YOU’RE the one spending time with the guy.

RELATED: Is He A Player Or Boyfriend Material

The Good, The Bad and The Ugly

When you learn why your friends don’t like your boyfriend, you can make a decision about continuing the relationship or doing some ‘unfriending.’  Did they witness him flirting with other women?  Do they say he pushes his opinions on you to the point where you’re parroting him and seem to defy every conviction you formerly stood by?  Do they know an ex of his and get bad reports?  Do they think he tries too hard?  Not hard enough? Is socially awkward? Is nothing like your last boyfriend, who they really liked? Doesn’t fit in with your ‘crowd?’  Is using you? Is a narcissist?  Why your friends don’t like your boyfriend may say more about them than it does about him.

If they witnessed him flirting with other women, or see him always pressuring you to adopt his point of view, and you bending to his will, there may indeed be cause for concern.  You don’t want a philanderer, nor do you want someone making decisions for you – the latter can have serious mental and emotional repercussions down the line. If he’s a narcissist, that’s not to be taken lightly either, narcissists have no regard for other people. If those are the reasons your friends don’t like your boyfriend, take a step back.

It May be Time to Move on

Negative reports from an ex-girlfriend, trying too hard or not hard enough, is not like your previous boyfriends or is not fitting in with your crowd however, are not good enough reasons to end a relationship with someone who just may be the love of your life.

Exes have their own agenda, so as a sole piece of evidence, it can be dismissed, emphasis on sole. If it’s a pattern, it most definitely should be considered.  Trying too hard or not hard enough or is socially awkward can just be him trying to adjust to people he knows are judging him.  You can never just relax and be yourself when you know everybody in the room is looking for reasons to like you or not.  It’s a lot of pressure, those are not good reasons to end this relationship.  But, you know what they say; where there’s smoke there’s fire, so,  if more than one friend doesn’t like your boyfriend, you might have to call the fire department (if you do, I highly recommend picking up one of their calendars.)

If he’s nothing like your last boyfriends; that’s a good thing.  You’re obviously not with your last boyfriend(s) so, HE/THEY weren’t right for you.  If they say he doesn’t fit in with your crowd, remember that people grow, people change, just not always at the same rate.  Maybe it is time you expanded your horizons and met new people.

RELATED: How To Spot Those Dating Lies

The bottom line is you have to take your friends’ opinions into consideration.  I’m sure it isn’t easy for them to tell you anything negative about the person who seems to be making you happy. They have the benefit of objectivity, you don’t.

Whatever your investigation yields, there’s going to be an uncomfortable decision in your immediate future. If your friends don’t like your boyfriend, and you’ve determined that their reasons fall short of sufficient, you’re not going to be seeing as much of them.  By the same token, if you’ve given it a good think and have determined that they’re right, well, you’re going to be bidding your boyfriend adieu. It’s a turning point in your life, and it will be a good lesson, eventually, it just sucks in the meantime.