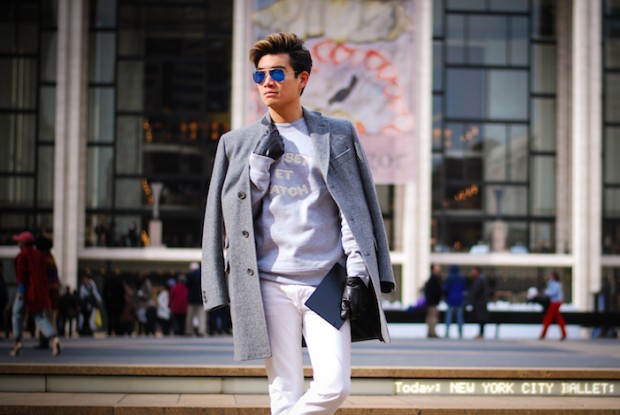 Q: Hey, Ward: I was always told not to wear white after Labor Day. Yet I’ve seen white jeans around and on sale right into the winter. What’s the deal? Can I wear white pants or not in the wintertime?

The trick to making white in winter work so well is to pair it with a complete opposite on top. White jeans call for a black sweater. Maybe a very dark grey and an even darker scarf. If you’re going for blue, make it a very deep, dark, navy. Keep everything else about your outfit dark and those white jeans will embrace the fact that it’s winter, not deny it.