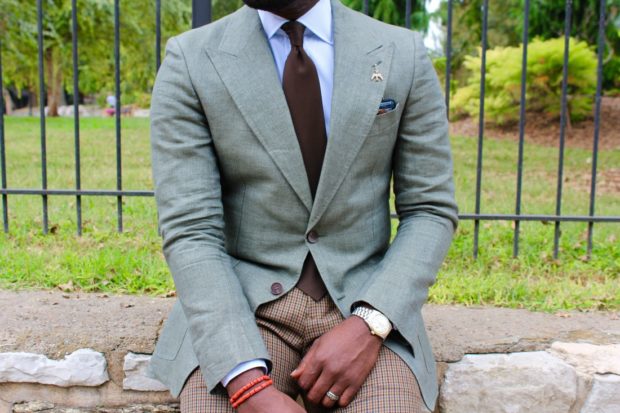 I’ve got a linen jacket I bought while on vacation in California. It’s red and green and grey, and looks a lot like Christmas. Can I wear it when it isn’t summertime? Not only can you do this, but you should. Sounds like you’ve got a jacket made with a heavier linen anyway. That jacket was designed for the colder months in those warmer states. Imagine that bad boy being worn whilst visiting a Napa Valley vineyard right around the holidays and you’ve got the right idea. But, just because linen is known as a summertime fabric doesn’t mean you can’t sport it around town during the cooler months. Much like white jeans, the secret to wearing linen in the fall and winter is to pair it with the right ensemble. Some days you wear a light shirt with a heavy (Think velvet or tweed) blazer, right? Instead, try a heavier sweater with that linen jacket. The colors still say autumn and winter, even if the fabric seems too light for the season. The heavier layer underneath makes the outfit season appropriate, even if you’re not visiting Sonoma or Australia at the time.

The celebrities found on https://yourfappeningblog.com/ are a collection of leaked photos and videos that were disseminated over social networks in an event referred to as Celebgate and The Fappening.