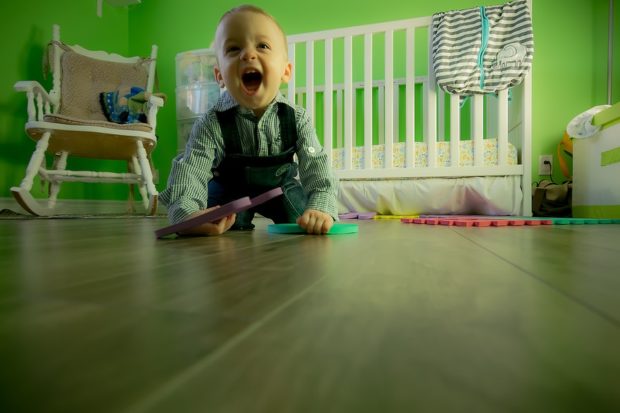 Signs Of Autism: Does My Child Have It?

Autism signs are crucial to understand because incidences have only increased more and more each decade. According to the Centers for Disease Control and Prevention, approximately one in 59 people have some form of autism. This statistic may prompt people to watch out for any potential autism signs in their children.

Here are the signs and what you can do to help. Keep in mind that all children may experience symptoms differently than others. Many may have severe deficits in one area but little to no deficiencies in another.

One of the most prominent autism signs is that the child will be slower with development in communication skills. It may take six or more months for your child to give you social smiles and eye contact, they may not respond to their name by a year or take 16 or more months to speak their first word. If speech is an issue, you can consult a speech therapist or use autism therapies such as Applied Behavioural Analysis (ABA).

In their school years, they will have difficulty with forms of non-verbal communication such as eye gaze, facial expressions, gestures, hand movements. As a result of these communication difficulties along with not understanding social rules, your child may have trouble fitting in with other children. In severe cases, these feelings of isolation can lead to depression as your child enters their teen and youth years. If other children are bullying and excluding your child, show as much support as you can, and help them with social skills. Autistic infants may struggle with crawling, sitting up, and learning to walk. As your child enters school, there may be motor signs such as tripping, an unusual gait, correctly tying shoelaces, messy handwriting, a lack of aptitude in team sports during gym class, and keeping up the pace during group activities such as playing an instrument in a band.

You can help your child with these areas one-on-one at home, or if they still have difficulty, contact an occupational or physical therapist for input. Some autistic children may require educational assistant support at school.

Can get upset with changes.

Often, people with autism prefer sameness and may get distressed to any changes in their routines. This is especially true if they don’t expect changes or nobody tells them about the changes ahead of time. For example, if a child enjoys math and looks forward to it after language arts, but the teacher had to change the subject to social studies to catch up on projects the next period, they could have an outburst.

Be aware of what the child likes and dislikes as well as what they may anticipate could happen next. If they expect something they want to occur even though something they don’t like could replace it, let them know as soon as possible. This way, they won’t get frustrated compared to suddenly realizing the change when it comes.

Can have repetitive routines. Having particular routines or doing the same things over and over again is another classic autism sign. Your child may like to repeatedly line up blocks the same order, always want to play outside at strictly 2 p.m., or have rigid rules such as “We must go through this block to get to school. They may get upset when you suggest different ways to do things.

If the child’s behaviour with these routines gets out of control, say stuff such as “We will go to the indoor play centre if you stop putting marbles in your mouth.” Afterward, reinforce the absence of the behaviour, so your child can learn that it is not appropriate.

Has intense, restricted, and unusual interests. When we see regular kids, they are typically interested in cards, sports, video games, and the latest movie characters. An autistic person could have an unusual fascination with topics such as animals, clouds, food, houses, or plants. These interests often dominate their conversation and free time to the point of irritating other people. They may not recognize signals that the person is not interested in the topic.

These interests tend to come and go. Even if you don’t do much, your child may eventually give the interest up anyways. However, if it gets out of control, let them know that they should try other things. Also, similar to the routines, reward the child with something if they spend less time on the special interest. If the obsession is not over-the-top, encourage the child to pursue their passion just as long as they don’t overdo it or if it doesn’t lead to behavioural issues.

Has unusual sensitivities to light, smell, sound, taste, and texture.

Things that can give semi-intense sensations such as strobe lights, the smells of certain foods and alarms pass by most people with little though. These things can be overwhelming to an autistic child. Often, it is to the point where they could have an outburst or will actively avoid the situation in mind.

Be aware of what your child is sensitive to. Try to make sure that thing comes into as little contact with the child as possible. If you see your child is gradually getting used to the trigger object, however, maybe expose your child to it and see if they get over it.