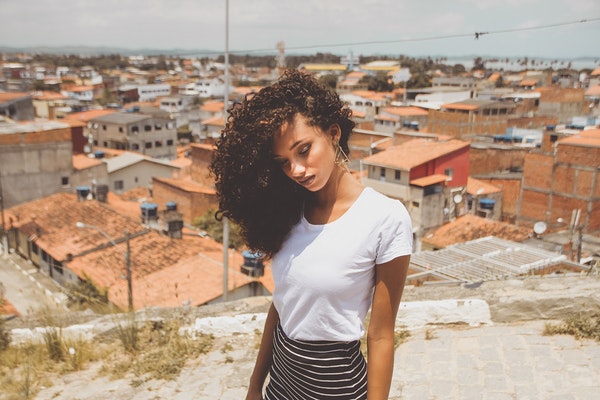 By Rachel Faulds · On

Life gets hard; it’s inevitable. But when it does get hard, we can believe one of two things; that life is happening to us, and we have to accept it or that we can change what doesn’t serve us. Believing that you can alter the outcome in negative situations is often the result of staying strong. Strength is a choice. Many people that we view as supremely talented, lucky, or successful, found their success due to choosing to stay strong when faced with adversity. I think we’ve all heard the common phrase that it takes years to become an overnight success, but what does this mean? What is staying strong?

Staying strong is not letting your self-doubt limit your success. We all have doubts; how you respond to it is a choice. Legendary basketball player Kobe Bryant once said, “I have self-doubt. I have insecurity. I have a fear of failure. I have nights when I show up at the arena, and I’m like, ‘My back hurts, my feet hurt, my knees hurt. I don’t have it. I just want to chill.’ We all have self-doubt. You don’t deny it, but you also don’t capitulate to it. You embrace it.” Kobe chose to acknowledge the self-doubt but not give in to it. Choosing to be stronger than his doubt allowed him to win five NBA championships and become an 18 time NBA All-Star.

Staying strong is choosing to believe in yourself, even if others might not. Cynthia Kersey once said, “Believe in yourself, and there will come a day when others will have no choice but to believe with you.” Cynthia has found success in writing, entrepreneurship, and speaking while working to ensure that children receive access to education. Making decisions and taking risks requires belief in yourself and is only possible when you are a strong person.

Staying strong means that you don’t fear failure. You know that you have the ability to learn from it and overcome it. Michael Jordon famously said, “I’ve missed more than 9000 shots in my career. I’ve lost almost 300 games. Twenty-six times I have been trusted to take the game-winning shot and missed. I’ve failed over and over again in my life- and that is why I succeed.” Widely viewed as one of the best players of all time, Michael Jordan has failed thousands of times. What sets him apart is how rapidly he learned from failure and used it as a step to greatness. Recognizing you can fail but not be a failure happens when you choose strength.

“When someone tells me ‘no’, it doesn’t mean I can’t do it. It simply means I can’t do it with them.”
– Karen E. Quiones Miller

Staying strong means that you don’t let rejection deter you. Karen E. Quinones Miller said, “When someone tells me ‘no,’ it doesn’t mean I can’t do it. It simply means I can’t do it with them.” Karen is a journalist, historian, community activist, and best selling author. In her work, she didn’t let rejection stop her from chasing success. In fact, she articulates the importance of not viewing the opinions of others as facts. Being able to separate these two things is the result of staying strong in difficult situations. Staying strong means that you take ownership of your successes and your failures while trusting in your process before the results come. Serena Williams once said that “luck has nothing to do with it, because (she has) spent many, many hours, countless hours, on the court working for my one moment in time, not knowing when that moment would come.” Serena has chosen to be strong countless times. She chose strength in training, in adversity, and in failure, which ultimately leads to success. And with this success, she knows that luck has nothing to do with it, and she has everything to do with it.

So yes, strength is a choice. It is a choice that will set you apart from a crowd. The first time you make this choice, it will be hard. Depending on who you are, and why you are staying strong- it may be the hardest thing you’ve ever done. But every time you make this choice, you become a little stronger, and it becomes less difficult. Until eventually when life gets hard there is no longer a choice, and you will always stay strong.

Rachel Faulds is a McMaster University graduate with a Bachelor of Science. Although her time in the lab taught her a lot, her real passion showed in the classes that allowed her to write. She currently splits her time between training and competing as an elite triathlete and feeding her desire to write through journalism.