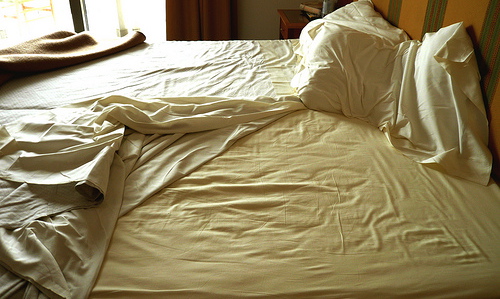 A buddy and I were discussing his recent relationship and the reasons for its demise. The two never fought, they loved a lot and they laughed a lot. They were in love but there were issues. That is to say, issues that would affect their future compatibility.

Love and compatibility are two different things. One can be in love with another but without the right compatibilities, the relationship may be in jeopardy.

Ultimately a decision had to be made and it was ended.

Like any break up, it was emotionally taxing. He went from being resolute about the decision to being sad, then doubtful, and then full circle to resolute again.

In an effort to support him on one occasion I reiterated his reasoning for the decision. I did what I thought was best to help reaffirm all of his concerns of an incompatible future.

Then, after a moment of thoughtful silence he stated in a resigned voice, “It’s not about the love or the compatibility now.  The tough part is the finality.”

The sad fact remains for us all that whether we were compatible or not, in love or not, the finality is the pain that we still have to deal with.

Finality is the dark and empty sensation of “the end”.

Finality doesn’t care if the two of you were in love but couldn’t find your way or if you ended up despising and rejecting each other and the former illusion of love.  The stinging sensation of finality has nothing to do with love or compatibility. It’s the abrupt tearing away of the tender kisses, mornings embraced in bed and the loving intimacy you once so passionately shared.

The bed has never felt so empty.

Finality can’t be rationalized by an itemized list of compatibility conflicts. Compatibility lives in the cold analytical brain and finality in the spongy, feely heart. The brain and the heart don’t work together on these issues.

Finality is the pain of mentally cancelling future plans the two of you had once schemed and charted out together, but will now never enjoy.

Finality is the agonizing extrication from every former “touching point” that you and your former lover once had. One after one, all connections are deleted as if they had never existed.

Only complete closure can replace the throbbing pain of finality.

But closure doesn’t always come as fast or in the way we’d like it to.

There will not likely be a ceremonious or loving goodbye to commemorate “good times”. There may not even be any final embraces or handshakes. No “all the bests” or “bon voyages”.

Upon reflection it may not matter anyway. Real and complete closure must be found in our own hearts and minds.

Lessons learned should be evaluated and accepted as growth opportunities as well as cherished memories. Once we accept the beauty in the hard learned lessons of the relationship, we can truly part with the bitter finality and enjoy our own peaceful closure and an expanded self.

Oh, I spoke to my buddy again the other day and asked him how it was going.

“Time mends all wounds bro” he replied in a confident and peaceful voice.

Want to read more about break up recovery? Click here .