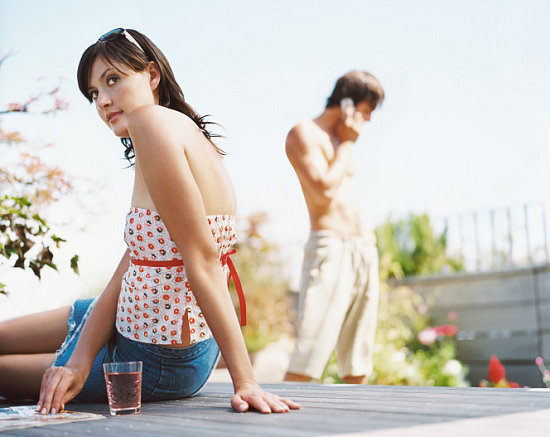 When It’s Finally Over

All the signs are there.

Our heart doesn’t quite skip the way it used to and we don’t feel so wonderful anymore.

The original chemistry that charged through our body has now cheated us and we’re left feeling empty with nothing but doubts and regrets.

At first we rationalize as we concede that perhaps this is how it’s supposed to be. After all, can any relationship really remain so inflated and intense?

Determined, we may set up camp in the wasteland of denial, terrified of the consequential effects of ripping ourselves away from the one we once loved.

As we struggle through this stage our emotions are in chaos as they fight to ignore what our minds are screaming for us to recognize: It’s time for us to part.

After the break up there can be nothing worse than the feeling of a heavy broken heart numbing all other cheerful feelings until we emerge again days, weeks, and sometimes months later.

A young woman approached me recently looking for insight into the behaviour of the man she had been in a relationship with for a number of years. She described his indifference when she expressed to him her enthusiasm for their upcoming anniversary. She complained about his lack of interest when she would describe her hopes for their relationship.

She continued to give me more details about his lack of involvement in the relationship as her bright and hopeful eyes fixated on mine eager to find the answer to the question in her heart.

She paused and then asked, “Am I reading too much into this or, has he lost interest in me”

“Do you think he still loves you?” I asked

“Do you still love him?” I asked

“I don’t know” she replied, clearly protecting her own heart.

The answer to whether the love had now left was obvious to me, but I suggested she try one or two other approaches just to be sure.

We said we’d keep in touch and she’d update me, but as she left we both knew what the future looked like.

It was finally over.