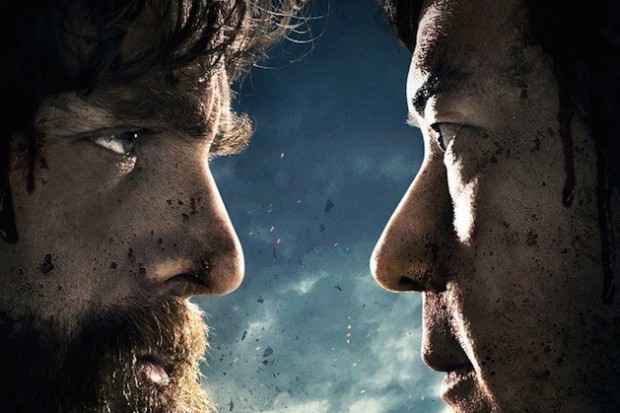 Is there life beyond our planet? What causes one to sneeze for no reason? Will the Maple Leafs ever win the Stanley Cup again? Can I laugh without worrying if a popcorn kernel will fly out of my mouth while laughing with this person? I will do my best to get you close to some answers in this article, but I can’t promise anything.

When The Hangover released its furious comedic genius upon us in 2008, those of you who made your way to the theater with your new belle or beau were probably sitting pretty. Laughing it up and believing you had just witnessed a masterpiece. Better yet, you had just answered the question. Yes, you can laugh with this person. Since then however, you’ve had several dozen failed relationships, one pretty good one, and learned how to make a mean bagel. Now my friends, your time has come again. Time to catch lightning in a bottle for the second time. You’ve been seeing your new person-of-interest for a few weeks and tonight is your fifth date. So, you decide to get your smile on and see the third and final installment of The Hangover.

You remember the first one well. It was a corker of a night, and you laughed till you were blue with your then main squeeze. You try and brush off the second film in your head as mere hogwash, and you’re confident that this entry of Todd Phillips’ series will clinch your shot at a really good relationship.

As the film plays, you realize the glaring difference this version has over the first. It’s just not that fresh anymore. The first film had the luxury of being released when the “Apatow” comedies began to take way after something of a comedy recession. We all loved it and believed it was one of the strongest comedies of the last decade. Its sequel, released in 2011, was, to say the least, a colossal disappointment. It featured mostly the same premise, with slight location and plot changes, and wasn’t assisted by creativity and curiosity in terms of where the plot was going to go, unlike its predecessor.

The Hangover: Part III is unworthy of bearing the franchise’s name and certainly isn’t as good as the teasers would have you believe. This time the film doesn’t amplify something that was done previously only significantly better, but instead makes this a cynical, mean-spirited follow-up featuring characters we grew to like in the original but now have such little character arc, we wonder who they even are. The relation we built with the characters is gone. It’s like an old friend coming back to visit after ten years in the desert. They’re just not the same anymore. Distant and full of a whole bunch of nothing. The posters for the film boldly claim “The End” and they weren’t off by much. The only thing that could have helped is if the film starred a bunch of Ewoks and some kick ass space battles.

The film reunites Phil (Bradley Cooper), Stu (Ed Helms), Doug (Justin Bartha), and the actually really funny Alan (Zach Galifianakis). The notorious “Woolpack”, who decides that after Alan’s recent stint with a giraffe on a highway that he needs to be taken to rehab and put back on medication,. The four decide to travel to Arizona together, when they are run off the road by Marshall (John Goodman, in perhaps the strongest performance of the entire franchise), a gangster who has been robbed off $21 million worth of gold from Leslie Chow (Ken Jeong). Being that the Wolfpack were close with Chow, Marshall kidnaps Doug and demands that Chow and his gold be returned to him. Cue the unending and misguided barrage of silliness and misunderstandings.

The main difference between the two previous Hangover films and this third installment is that this one takes an approach more in line with an action film than a comedy. Give credit to Todd Philips for executing some really good sequences but he should have stuck with his comedic bread and silly butter.

To boot, the film contains a mental illness subplot and some animal cruelty to ice its demise. With Alan being off his medication, the character is given the most screen time in the film. Not to mention, Chow is given much more as well, and if we learn anything, it’s that these two characters were better in small doses. Alan’s dim-witted comedy and Chow’s drug-related witticisms were at one time fun and fresh, but now, stale and useless.

The Hangover Part Three tries to be too funny, and because of that, misses on a lot of points. This, coupled with the flat ten dollar Sprite you sipped on throughout the film and your date’s Elmer Fudd laugh, has made your night a bust. But don’t fret. This was your fifth date. She knows you by now. You know him; Sometimes being able to poke fun at lame movies together is just as important as the ability to laugh at the same things together. And even if The Hangover lll wasn’t all that funny, there’s more films releasing every week, and I’m sure a lot of them will be worth the date.