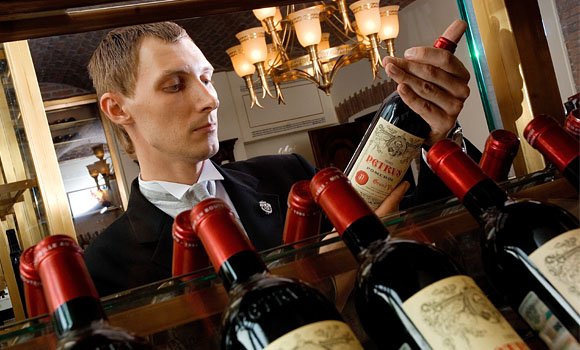 Why Is This Wine So Expensive?

By Anthony Carnavale @anthonyandwine · On October 2, 2013

I work in the largest “ferment on premises” facility in Ontario, and what my customers look for is the best value they can find. Producing your own wine can cost as low as $2 per bottle, so why is it so expensive to purchase wine from the LCBO? The retail cost of a bottle must primarily cover the production cost, cost of packaging, cost of distribution, and everyone’s favorite… taxes. Once all costs associated with getting the wine onto the shelves of your local LCBO are covered, a bottle must be marketed to create demand or that bottle of premium red would probably end up doing the majority of its aging on the shelves of the retailer rather then the cellars of the consumer.

So why is that bottle costing you so much moola?

Well, it all starts in the winery.

If a winemaker isn’t able to cover his production costs and turn some profits then there is really no reason for him to work so hard crafting the wine in the first place. Wineries must cover the cost of the grapes they produce; this includes labor, equipment, the yield, and the cost of the land.

Certain grape growing and harvesting techniques equate to larger costs for the winery. Sometimes grape growers will perform a green harvest (the technical term for picking unripened grapes from a vine) in order to concentrate the vines resources into a select number of grapes, while also diminishing the yield (Less grapes = Higher priced wine). Manual harvesting is more expensive then harvesting with machines, but it also helps the winery select which grapes are worthy of harvest and which ones are not; better grapes will almost always mean a better wine.

A winery must also factor in the costs associated with wine making equipment including presses and fermentation vessels. Wine made in oak barrels will almost always be more expensive then wines fermented in steel tanks. The type of oak used is also a large deciding factor since American oak is cheaper then French. A winemaker’s decision to age a wine will also be a determining factor in the wine’s price point. Some parts of the world like France and Spain will put emphasis in maturing a wine in oak for years before it is released, a practice that has huge effects on the final price of a bottle. 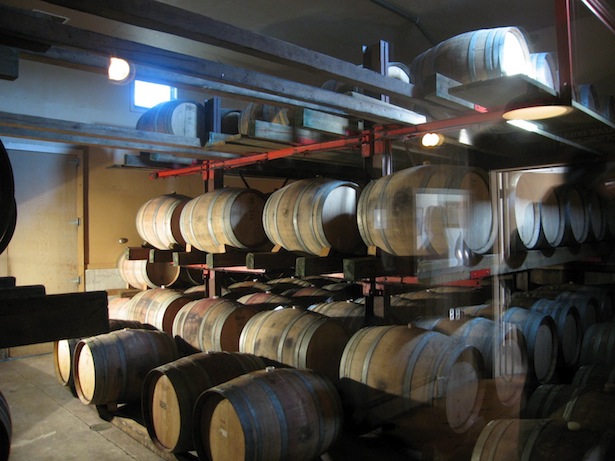 Other than the cost of the liquid, the price you pay is also includes the cost of the packaging, bottle, cork, label, and case. If you’re buying a wine with an unusually shaped or heavy bottle, you are likely paying more for it.

Often in the wine industry, wine agents will buy from a number of wineries and sell to retailers. These industry professionals also charge a fee, so wines that are directly sold to the retailer by the winery are often cheaper. We are actually lucky in Ontario because the LCBO is one of the largest purchasers and retailers of alcohol in the world, so it is much more common for wineries to make direct sales rather than working through agents. Look on the label of the last wine you drank and check if it has the name of an agency on it!

Wineries and agents can also pay marketing firms to sell a wine by creating buzz around the brand. Don’t believe the commercials and posters you see hyping up the newest addition to the shelves of the liquor store. Instead, find blogs of local wine writers who can help offer you advice on getting the most value out of your next purchase at the LCBO.

The state monopoly that exists in the Ontario wine market is often publicly scrutinized. But the fact of the matter is, the LCBO actually has a much greater negotiating power than independent small retailers ever would. But if the LCBO can buy wine for so cheap, then why does it end up costing us so much more to purchase than our American neighbors, who seem to be drowning in cheap wines? IT’S THE TAX MAN! Alcohol is subject to the Excise Act of 2001, which imparts special taxes on all alcohol sold in the LCBO, and even higher taxes on licensed establishments like your favorite restaurant. So even if wine and liquor sales were privatized, we would likely still end up paying the same prices due to the current tax scheme the government enforces.

All-in-all, if you are looking to drink good wines without breaking the bank keep reading this column or visit my site, www.Anthonyandwine.com

Anthony’s passion for wine began at a young age in his grandparent’s garage where he and his younger brother would press grapes picked from the backyard. Being born and raised in Toronto also inspired Anthony's interest, particularly in regards to wine's aesthetic principles, which he learned differ between people of various cultural backgrounds. He began his professional career in wine in 2010 at The Wine Butler where he is now functioning as general manager of the brand new Mississauga location, located in the heart of Port Credit. The Wine Butler is Toronto’s favorite “Ferment on Premises” facility, as voted by North York Post readers in 2013, offering, "personalized consulting to create the wine cellar of your dreams." This is where Anthony has truly been able to hone his winemaking skills, while developing a deeper knowledge of wine and the wine industry. Anthony can be contacted through email at: [email protected] and he can be followed on Twitter @AnthonyandWine or visit: anthonyandwine.com