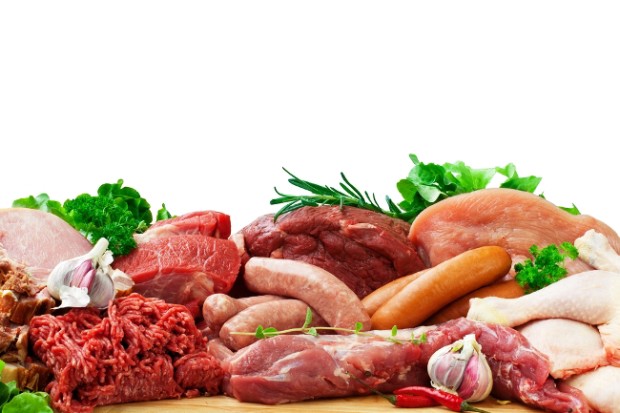 Every now and then I stumble upon an article that ruffles my feathers and implores me to write a carefully crafted response. There is a lot of bad information out there and a lot of it comes from studies; studies that most people correlate with credibility. Well, when it comes to studies one should always take the results with a grain of salt. Most studies have variables that cannot be accounted for and conclusions are often drawn as a result of correlation, not causation. One such study was recently published in the Journal of Cell Metabolism. Highlights of the study include:

Of course, whenever a study finds controversial results, the media lights a fire and blows things out of proportion. I caught wind of this study through an article in The Telegraph, with the headline of:

High protein diet ‘as bad for health as smoking’

As an advocate of high-protein diets and someone extremely passionate about health and fitness, I was obviously intrigued. As anticipated, it quickly became quite clear that the results of this study were very flawed. First off, this was an epidemiological study. From such a study, we can find correlation, but cannot determine causation. Unfortunately, the researchers of this article ignored this small detail. Yes, they found that people consuming high-protein diets tended to have a higher mortality rate, but the study did not control for other factors: Were these people active? Were they smokers or substance abusers? Were they eating enough fruits and veggies? Were they consuming a lot of sugar and/or processed carbohydrates in their diet? To further demonstrate this point, here are ten additional correlations for you to examine.

Secondly, another huge variable to examine would be the kind of protein these people were consuming. Was it fresh, lean chicken, fish, or beef? Was it fatty cuts of cheap meat? Was it processed meat like bacon, lunch meat or the “meat” from fast food? Again, this all comes back to the lifestyle of the participants. If the majority of the meat was coming from fatty, low-quality sources, I could understand the correlation between this diet and disease. What most people don’t know is that animal fat acts as storage for fat-soluble toxins and chemicals. If meat is organically raised, fatty cuts of meat aren’t so bad, but conventionally-raised meats should always be eaten with the fat trimmed, and processed meats contain a slew of things that really aren’t meant for human consumption.

A few of the “findings” also caught my eye. In the study, 10 people from the low-protein group died from cancer compared with 17 from the high-protein group; hardly a significant difference (6,381 people were involved in the study). Also, the researchers state that protein consumption increases the release of insulin and IGF-1 (true), but then assume that this stimulates the growth of cancer cells. Well, if IGF-1 and insulin increased the development of cancer, shouldn’t we be consuming low-carbohydrate diets, since carbohydrates spike insulin more than most protein sources? And wouldn’t all athletes be in grave danger? After all, lifting weights stimulates the release of IGF-1. I think you get my point. It also irritates me that the study suggests older populations should avoid low-protein diets, as protein can help combat frailty. Shouldn’t the authors be aware that humans begin to lose muscle mass as early as age 25? About 1% each year? And that protein in the diet is the best way to slow this decline? If you want a high quality of life when you’re 60+, wouldn’t it be prudent to nip this in the bud early and consume a higher-protein diet before you reach this age? Or am I being too rational?

Finally, whenever I see a study like this, I want to know the background of the authors and where the funding came from. Looking at the Related Info section of the study, we find that this work was funded by the National Institute of Health, but that the funding sources had no involvement in study design, in the collection, analysis and interpretation of data, in the writing of the report, or in the decision to submit the article for publication. It goes on to state that one of the authors who received this funding (Valter D. Longo) has equity interest in L-Nutra, a company that develops medical food. After further research, it turns out that L-Nutra was actually founded by this Mr. Longo and the company’s products are a “formulation of natural nutrients with the ability to provide nourishment and allow subjects to enjoy a combination of good and mostly organically grown and plant-based food.” I believe this information speaks for itself.

In the end, you can’t believe every headline you read. The media loves a controversy and there is dirty money behind a lot “scientific” claims. So should you rush out and start consuming an extremely high-protein diet? That is absolutely not the take-home message. When it comes to health and nutrition, moderation and balance is the name of the game. Protein is an extremely important part of the human diet and is absolutely critical for athletes and those who want to gain muscle. Stick to high quality food sources, eat food that agrees with your body, and you won’t have to worry about developing any crazy diseases. For more information, I can be reached at fitinafatworld@gmail.com.