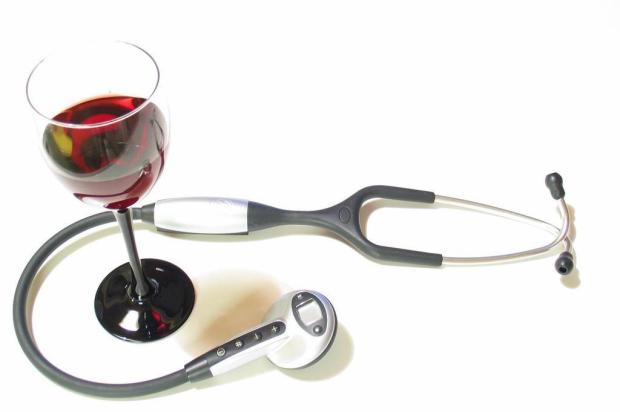 Have Another Glass Of Wine… It’s Good For You

Okay, so 2014 is well underway and those New Year’s resolutions to get healthier are starting to lose their novelty. Maybe this year you decided to join a gym or start a new diet, but had you ever considered adding more wine into your new healthy lifestyle?

I’m sure everyone knows that alcohol can lower stress, a leading cause of all kinds of diseases, but did you also know that chemicals found specifically in wine can improve your health significantly? Maybe you answered yes to this question since the media has been reporting on it for decades yet you probably don’t drink as much wine as you should.

In Europe, people seem to get the message about wine and the impressive list of health benefits it offers. In the 1990s North American television audiences were introduced to the French paradox, the culmination of over 50 years of study into the reason that French people seemed to ling longer and healthier lives than Americans who on a whole ate less fat, exercised more, and smoked much less. The answer seemed to lie in the glass of wine that was a staple in the Frenchman’s diet. But it isn’t just the French who seem to be living healthier lives; almost the entire Mediterranean seems to experience the healthy rewards of consuming moderate amounts of wine on a regular basis.

A moderate amount of wine according to the French National Institute of Heart Research is less than three glasses a day for men, and fewer than two glasses for women. In fact a leading scientist on the health benefits of wine, Dr. Serge Renaud, has been quoted for saying, “For every half ounce of red wine you drink in a week, you decrease your risk of heart disease by 1%”. The reason he talks about red wine is that many of the antioxidants found in wine are in the tannins more commonly found in red wines.

The benefits of moderate wine consumption don’t stop at improving heart health; they also include a full array of disease preventing qualities. Non-drinkers and heavy drinkers are two times more likely to suffer a stroke, more likely to develop cancer, with a higher risk of developing Type 2 diabetes. Studies show memory improvement by up to 56% in dementia patients on a routine diet including wine, tea, and dark chocolate (Our second favourite pleasure!). Red wine is also shown to provide excellent immune support, while red wine has shown to kill of harmful bacteria such as E. Coli and Salmonella.

So you should all consider the fact that not drinking wine regularly may actually be a hazard to your health. Don’t take this advice and go overdo it because that’s actually pretty counter productive. Guys, keep it under 3 drinks and less than 2 drinks for you ladies, but enjoy each glass to its fullest for a long and healthy life.