This is the second of a three-part mini-series on special topics in child support! This month, we take a look at adult children and their child support needs.

An “adult child” is not an adult who refuses to grow up and get a job (for some reason, when I picture an adult child, I picture a very large adult-sized baby). The term “adult child” refers to a child over the age of eighteen who is unable to become self-sufficient or self-supporting due to any number of factors, including disability, illness or education. Most of the questions that I get asked have to do with an adult child who is unable to become self-supporting due to continuing education, or post-secondary education.

The parent who is seeking continued support for an “adult child” is the one who needs to prove that the child continues to be in need of support. 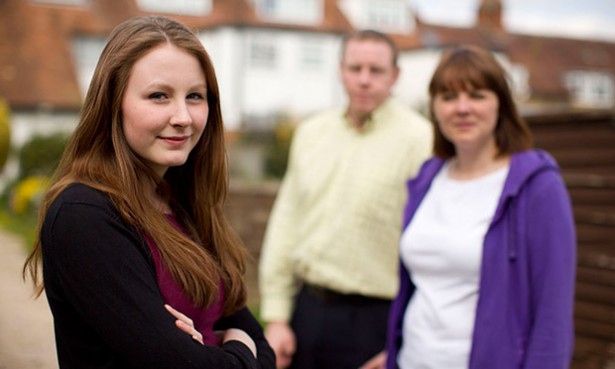 Some common questions I am asked about adult children and child support:

My child is eighteen years old and is graduating from high school in January. She told me that she intends on traveling in Europe until September when she starts University. Do I still have to pay child support?

It is likely that this parent will have to continue paying child support for this child through her “gap semester” until this child finishes her first post-secondary degree or diploma. The time off from school is relatively short, and there appears to be a clear intention to return to full-time post-secondary education in the foreseeable future. It is unlikely that, in this short period of time, this child will be able to earn a sufficient income to be considered “self-sufficient”.

It is possible that this parent will continue to pay child support while his son continues onto further post-secondary education. Factors that are considered include whether the child would be enrolled in the program on a full-time basis (and therefore less likely to be able to support him or herself), whether the child was successful in their chosen field, or whether the child was eligible for loans, bursaries or other financial assistance.

A court would also consider what the parents would have done if they had not been separated at the time that their child decided to continue with his or her education past the first post-secondary program. If the parents themselves have a background of higher education, or if they were financially able to continue to support the child through further post-secondary education, it was more likely that the parents would be ordered to continue to pay support for their child to attain a similar level of education as they had been able to do.

My daughter took three years off after high school to work full time. She is now going to return to school to pursue post-secondary education. Does this mean that I have to start paying child support again?

In this case, it is not likely that the parent will have to pay full child support for his daughter while she is in post-secondary education. As this parent’s daughter was able to become self-sufficient during the three years that she was working, she should have been saving towards the cost of her own care and education. The parents should first decide on a reasonable financial contribution by their daughter before determining how much, if any, they would be contributing towards their daughter’s expenses.

Carolyn is a lawyer at Gelman & Associates practicing exclusively Family Law in the Province of Ontario. She graduated from the John Molson School of Business at Concordia University in 2003 with a B.Comm. in Marketing. Then, she got her LL.L. (Civil Law) in 2007 and her LL.B. (Common Law) in 2008 from the National Program at the University of Ottawa. She also graduated from Osgoode Hall, York University in 2012 with an LL.M. in Family Law. She was called to the Ontario Bar in 2009, and while in law school, she was part of the first group of 11 students to work in the Clinique du droit notarial at the University of Ottawa. She considers herself the voice of her clients in a complicated court system, so she is an advocate you can count on. You can contact Carolyn Chambers at 416.665.6888 or email her at [email protected]