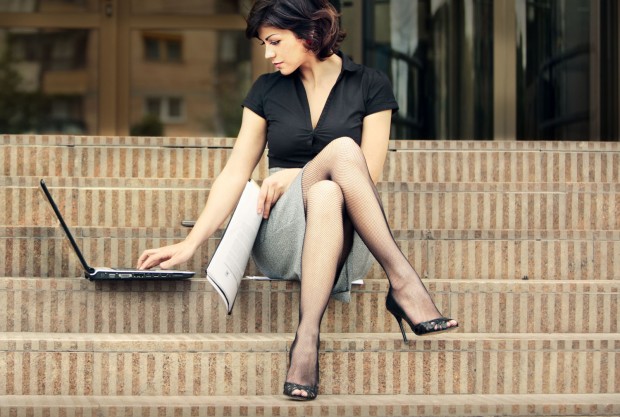 Is your career going great and you feel powerful and confident in your life? Perhaps you’d also like to find a guy who’ll support your dreams and co-create with you, without being threatened by your success. You probably don’t want a mate who’ll try to change you and maybe you don’t think it’s possible to find this sort of partnership, so you think about giving up!

Dating can be challenging, especially when you may be looking for a mate who is a bit non-traditional.  Below are 7 challenges single career women who are looking for equal partnerships often face:

1. Finding a Guy Who Supports Their Dreams: In the past a woman has held down the domestic fort and supported her man’s ego and dreams. Is it now reasonable to think that he would do the same for her? This relational balance is shifting with the younger generation. In a recent survey 72 percent of married men (18-34) said they would move for their wife’s job!

2. Finding a Mate Who Helps Out With the House & Kids: Women are now working many hours and sometimes have to travel. Many women under 30 in cities are making more money than their male peers, so it follows that they should expect more help at home! Women may be realizing that they want this and that it’s also something they can interview potential dates about. Sometimes both partners will also agree to get outside help.

3. Deciding How Money & Power Will Translate: Today it’s becoming more common for women to be the breadwinners or make similar salaries as their husbands. However, there are still some traditional men who expect to earn more and make the decisions. It’s important to discuss this before getting married and to make sure you have shared values and a joint vision of your relationship regarding decisions, money and power.

4. Creating the Time to Date & To Be Fully Present: Now that women have so many work responsibilities and are trying to excel at their career, it can be hard to separate work and play. Sometimes they feel compelled to stay late at the office, to cancel dates and to respond to emails and texts while out on a date. Sometimes they feel they need to prove themselves even more than a male in the same position. Although this is challenging, it’s important to set aside some time to unplug and to have a personal life too. Just as a woman might think it rude if a man worked on a date, so too career women need to find time and space for love, play and work and to set those boundaries so that they can have a balanced life.

5. Making the Other Person Feel Needed & Important: Sometimes successful career women are so confident, self-sufficient and busy that they forget to tell their date how their presence enhances their life. The ability to do this can be helpful so that the man feels his role in their relationship is valuable, whatever that looks like.

6. Accepting Support: Sometimes career women are so used to doing everything on their own that they forget to receive love, care, help and moral support. These are some of the perks of a good relationship. It doesn’t mean that you will become helpless or co-dependent. You will become part of a team where sometimes someone else will help take up the slack. This can be a good thing to practice.

7. Not Dumbing Down Your Talents & Successes: Traditionally, women have been told to let men win, never to compete with them or to outshine them financially or career-wise when in a romantic relationship. As a result, many women have been slow to reveal their accomplishments. This is changing and women don’t need to pretend to be someone they’re not to attract a great romantic partner. There are men with strong enough egos to admire these women.

To learn more about traversing the dating world as a successful career women and how to create a balanced partnership from the start, see, When Mars Women Date: How Career Women Can Love Themselves Into the Relationship of Their Dreams.