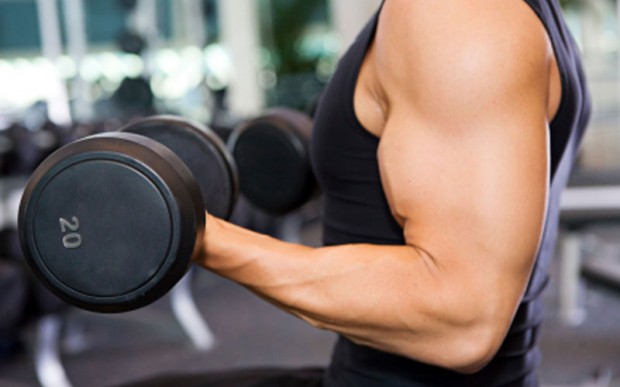 Is Lifting Weights A Safe Form Of Exercise?

Weightlifting is dangerous. Deadlifts are back for your back. Squats are bad for your knees. Have you ever heard these words? If you have, you’ve heard lies. Let me counter with the truth:

Weightlifting is extremely healthy. Stupidity is bad for your back. Laziness is bad for your knees. Those words definitely make more sense. You see, lifting things gets a bad rap. Off the top of my head, I think the number one reason is that weightlifting takes hard work and most people hate having to work hard. Most people are also stuck sitting around most of the day and lifting weights becomes even harder for these people with shortened hamstrings and poor posture. It’s also easier, and cheaper, to just go outside and run around so the majority of people will happily perpetuate any negative myths about lifting, while supporting the activities that are easier for them. This is just me spit-balling though, so let’s actually discuss the facts at hand.

As I’ve mentioned before in several articles, weight training has countless benefits, including, but not limited to:

Now, not only is lifting one of the most beneficial kinds of activity for overall health, but it’s also arguably the safest kind of physical activity to participate in, despite the attached label “dangerous”. Studies have actually shown for years that people who lift weight report lower injury rates than with other sports, including running; reports of traumatic injury from lifting weight are even lower and are extremely rare.

One such study compared the injury rates per 100 hours of several sports and found that weightlifting was one of the safest forms of activity, much safer than other sports such as football, basketball, soccer, and running; roughly only 1 in 1000 lifting participants got injured [Hamill, B.P. (1994)]. Comparatively, another study systematically reviewed the incidence and prevalence of running-related musculoskeletal injuries over the past few decades and found that 1 in 10 long-distance runners suffered from some sort of injury, namely tibial stress fractures, achilles issues or plantar fasciitis [Lopez AD (2012)]. My conclusion? Most other sports, especially long-distance running, seem to have a much higher prevalence of injuries (~1/10) than weightlifting (~1/1000).

But I Could Hurt My Back Deadlifting!

Yes, you could hurt your back deadlifting. You could also hurt your weak back at work trying to pick up something that isn’t even heavy because you don’t have basic functional strength. Sarcasm aside, deadlifting won’t hurt your back; being reckless and attempting to deadlift far more weight than you’re actually capable of lifting can hurt your back. Just like anything else in life, it’s important to stay within your means. Just because you can’t deadlift 500lbs doesn’t mean you shouldn’t be deadlifting 50lbs. Regardless of the weight, it’s incredibly beneficial (and safe) to lift an appropriate amount for your level of strength. If you’re afraid of your form breaking down, start deadlifting with a trap bar before graduating to a barbell. A trap bar will put you in a great starting position and most gyms have one, just ask the staff to point you in the right direction.

There have also been numerous studies demonstrating that not only is deadlifting not dangerous, but that lifting creates healthier backs. One such study assessed the back pain of a weightlifting group vs. a control group of typical active men. The results found that only 23% of the weightlifters reported back pain compared to 31% of the control group [Granhed (1988)]. Anecdotally, I can also say that even in the most extreme circumstances, lifting proves to be quite safe: A few weeks ago I participated in the North American Strongman Championships with over 200 competitors. To my knowledge, only one or two individuals had to pull out due to injury, and the injuries sustained were not extreme.

But What About Squats? I Heard They Were Bad For My Knees!

This is the worst myth about anything fitness-related. I’ve been squatting for over a decade, I’ve meet countless healthy people who have been squatting longer than that and I know many professionals in the strength and conditioning industry: Squats are the best exercise going. If you have the time to fit one exercise into your life, make it the squat. The squat builds muscle, burns fat, and will help keep the body healthy; the human body was designed to squat. So why the bad rap? Here’s the deal…

In the 1960’s, a man named K.K. Klein (interesting initials…) published a paper called “The deep squat exercise as utilized in weight training for athletes and its effect on the ligaments of the knee” which hypothesized that the deep squat exercise would stretch ligaments of the knee and cause knee instability. Using a device that Klein created, they compared the knee ligaments of experienced weightlifters (immediately after doing squats) vs. those of people who had never performed squats. The results found that weightlifters had more unstable ligaments than sedentary individuals and Klein concluded that deep squats caused knee instability and that squats should never be done below parallel. This study was published in numerous journals and the squat was vilified; the myth exploded from this one study. So why should we ignore this?

– They had no controls and used subjective testing

– The study was not reliable, as countless studies have been done since the 1960s proving that squats do not cause injuries; no study has ever reproduced the same results as Klein

– There was experimental bias as Klein’s device used a physical force to manipulate strain, which had no control over load; i.e., he produced whatever results he wanted

Long story short, Klein’s study was the first published and gave people a reason to eliminate a challenging exercise from their workout recommendations. Once his findings were in print, rumour spread rapidly and people accepted that squats were unsafe. Despite this, hundreds of studies since have shown:

– Retired weightlifters have less symptomatic arthritis than the general population

– There is a low incidence of arthritis in those who load the knee through full range of motion (i.e., deep squats)

– Squats may prevent injury and are an effective rehabilitation tool for people with knee problems as they can strengthen connective tissue, bones, ligaments and tendons, increasing quality of life as we age

– Patellar tendonitis is the biggest concern with squatting. This comes from overuse, and is annoying, but not debilitating. Take time off, work on mobility, problem solved. The one caveat is that squats can be detrimental if not performed properly (read: if you don’t go to or below parallel). Many novice lifters lack the mobility to drop into full range of motion, which leads to squatting above parallel that overloads the knees and can cause discomfort and injury. For this reason it’s important for any new lifter to first master below parallel body weight squats and goblet squats before tackling a barbell.

I’d also be remiss if I didn’t mention Crossfit in this article. Crossfit is a sport and not a training modality. Crossfit as a sport (for seasoned athletes) in relatively safe; Crossfit as a training modality (for the average person) is quite unsafe. In order to benefit from Crossfit and stay injury-free, you must first develop a solid strength base with exercises like the squat, deadlift and overhead press, followed by more advanced movements like the clean. Once you have developed strength and are proficient in these movements andprepared for a challenge, attempting Crossfit as a sport is an option; taking any other road is a recipe for injury.

In conclusion, weightlifting is a low-risk, high-reward activity. Incidence of injury is extremely low and significant health and performance benefits can be gained. Weight training is not only far from dangerous, but it is extremely beneficial to overall health, and across-sport injury rates support this claim. As I’ve said before, almost everyone should be doing squats and deadlifts, and these exercises should be the centerpieces of most exercise programs.