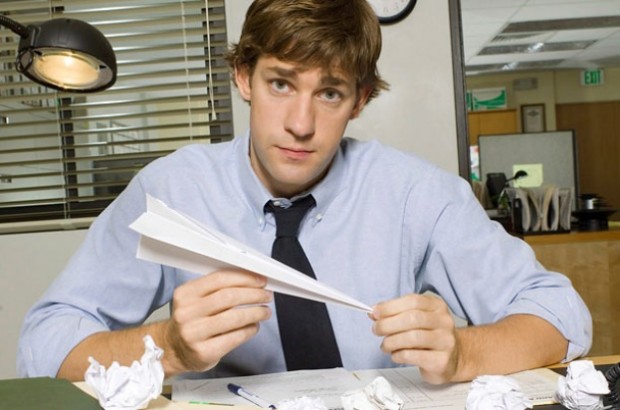 Why “Average” People Are NOT Sexually Attractive

I want to share some unexpected science with you about what makes people attractive to the opposite sex.

Try me out, because I intend to deliver…

Let’s begin with the data:

In Christian Rudder’s new bestselling book, “Dataclysm”, he reveals some interesting new findings based on the huge amount of anonymous data that is collected about people from the Internet. One of the interesting findings is from a dating site that asks users to “rate” the profiles that they look at (the results of these ratings in this case were hidden from both the person doing the rating and the person being rated– it was just data collection).

Now you may not be surprised to find out that people who were rated roughly AVERAGE (around a 5 on a scale of 10), received the FEWEST contacts and requests, and also ended up going on the fewest dates according to site data. In other words, according to the site metrics, they were the least sexually desirable.

Though it might have been fair to assume the the folks with the LOWEST ratings got the least action, that was not the case.

Here’s where it gets weird:

They also looked at who was getting the MOST action– which profiles had the most clicks, the most requests for contact, the most chats, and the most dates. In other words, who was the MOST sexually attractive?

It was ALSO the people who were rated about average.

The answer is that it was 2 different groups of average people.

And the second group — the POLARIZING average — were the MOST popular. In fact, these people that some users rated highly and others rated low, were far MORE POPULAR THAN PEOPLE THAT EVERYONE RATED HIGHLY.

So it turns out that if you really want to become highly attractive to the opposite sex, you are going to have some people who really don’t think so.

Another way of saying this is that, becoming “perfect” or chasing some ideal of beauty or handsomeness is NOT the best way to become attractive to the opposite sex.

And, by the way, marketers have known this for years. It is well understood by big brands that to win big, you’ve got to become the brand that has rabid fans AND folks that would never go near your product.

Mercedes Benz is not competing with Dodge pickup trucks or Mini Coopers. In fact, all 3 brands have undying fans and haters. The same guy that dreams at night of the big Dodge pickup would die of embarrassment if his friends caught him in the Mini or the Benz.

Now I’m going to re-explain this data one more time… this time, as Frank Sinatra would say, MY WAY…

I believe this points very strongly at something I’ve been saying to you for years:

It’s the courage to allow yourself to be your quirky, true self. It’s giving yourself the freedom to be who you really want to be, who you secretly wish you could be, but who you know that SOME PEOPLE will disapprove of.

You have to have the guts to let some people not like you. And honestly, that’s hard for us humans. We want (and to some degree NEED) the approval of others.

But that drive to be liked and accepted is OVER DEVELOPED in most of us. It begins to take over, and we slowly become the person that we think most people will like. We become increasingly AVERAGE.

This is, for the most part, completely unconscious. We just don’t say things that we think will upset some people. We don’t dress in a way that will make some people uncomfortable, or that some people will say is too geeky, too sexy, too weird, too rocker, too country, too hip hop, too goth, too old fashioned, too whatever.

The secret sauce of being sexually attractive, to really having a choice of great partners to choose from, is having the guts to really turn off about half the people you meet. And the root of that is being willing to be real, even at the cost of rejection.

And if you give it a try, it is going to create even more joy, freedom, and possibility in your life.