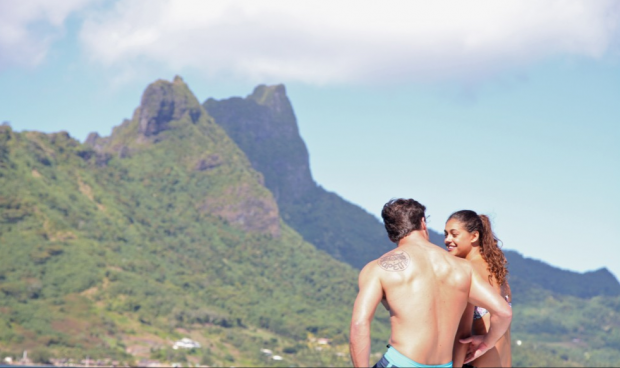 The Bachelor Canada: Love Me, Or Love Me Not?

Welcome back to another week of Timmy love. We are down to the last two episodes before our man makes his final decision. Who do we think it will be? Trish, who is ready to bow down at Timmy’s toes, or April, who just can’t seem to decide on, well… anything. Tough decision.

Tim takes Trish on a romantic horseback riding date through the Tahitian Mountains. Apparently Trish is the goddess of them all because “any other girl would have only ridden a horse for a minute.” Not to brag or anything Tim, but I used to be a pro horseback rider back in my day. Pretty sure I could top your precious Trish. But hey, I’m just another girl. Really Tim? Anyways, their date seemed to go well. Trish confesses her love again, and Tim puts together another sympathetic pained look on his face to make it look like he sincerely cares. If you pout your lower lip any further Timmy, it might just fall off. But don’t worry; you still managed to get Trish to join you for some one-on-one time in the Fantasy Suite.

Next, Tim takes April on a private yacht for some swimming and intense cliff jumping. Just kidding. April was apparently scared of jumping 3 feet off a boat. But who am I to judge? Over dinner, the two have some serious chats because Tim wants to make sure April feels comfortable opening up to him. I guess their chat worked, because April also accepts Tim’s Fantasy Suit proposal. Tim, wait! I see you forgot to finish your chicken. Eager for dessert?

After the two dates Tim introduces the ladies to his parents. Let me just say, if I had to meet Tim’s mother, I would make sure I was prepared with cue cards and tissues for the excessive sweat dripping from my forehead. That woman is TOUGH. Trish managed to get through the interview by being her bubbly self. April on the other hand… Let’s just say it would have been great if anything came out of her mouth. Literally, anything. The poor girl froze up and couldn’t formulate a proper sentence.

The Bachelor Canada episode ended with a suspenseful “To be continued,” as we watched April bawl her eyes out and tell Tim she “wants to go home.” Uh-oh.