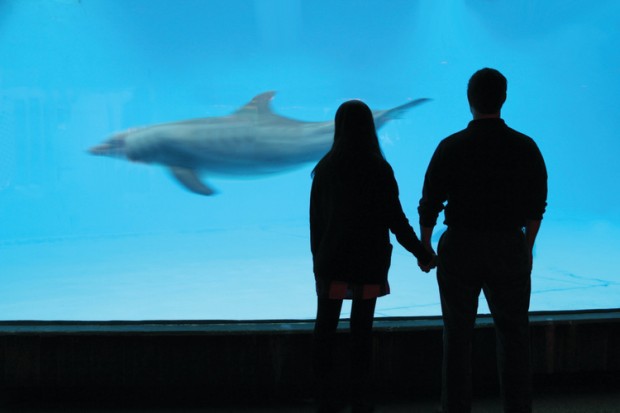 Better Dating Ideas Los Angeles offers weekly tips on the best places for a date in your city. Check out our weekly postings for the unique and romantic dates in LA.

New Year’s Day at The Aquarium

Spend New Year’s Day with a huge aquatic family – there are over 11,000 animals at the Aquarium waiting to gobble up their dinners.  You can watch them feed and then you and your date can chow down yourself – no muss, no fuss, no cooking, no cleaning!  So tuck into turkey and all the fixings, right up through the pumpkin pie

Internationally renowned DJ and producer Benny Benassi played for his first crowds in the ’80s, but what really blew him up was 2003’s “Satisfaction.” He’s released more than a few albums and won several awards, including a Grammy for his remix of “Bring the Noise.” Though Benassi has been killing the game for over a decade now, he shows no signs of stopping anytime soon, keeping up his residency at Marquee in Las Vegas, playing festivals like Ultra and Spring Awakening, and—on Jan. 3—hitting up Los Angeles for Create Nightclub’s week-long New Year’s party. One thing’s for sure: After all these years of practice, Benassi knows how to throw down.

The first Rose Parade in 1890 was staged to show off California’s sun-kissed climate. The tradition is still going strong, complete with elaborate floral floats, musical performances and marching troupes (not to mention the crowning of the fresh-faced Rose Queen and her court), but the celebration now draws more than a million spectators who line the streets of Pasadena. The parade kicks off at 8am at the corner of Green Street and Orange Grove Boulevard before making its way east onto Colorado Boulevard. Near the end of the route, the parade turns north onto Sierra Madre Boulevard and concludes at Villa Street, where you can see the floats showcased.

If all you’re thinking is, “Where is the easiest place I can hike and legitimately call it a hike?”, you’ve come to the right place. This gently graded 2.5-mile path off Los Feliz Blvd leads up to the Griffith Observatory and its views of Downtown LA’s skyline. Bingo.