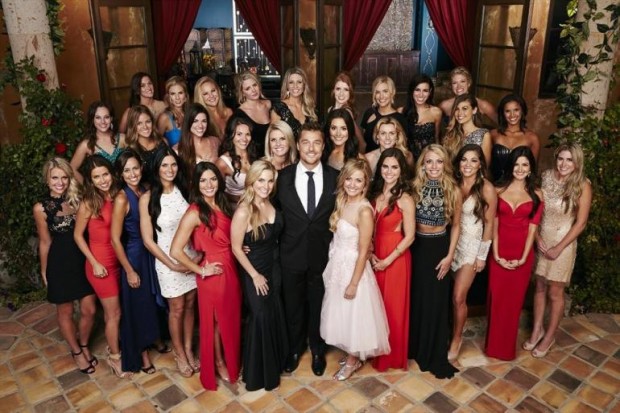 The Bachelor: Finding That Special Needle In The Haystack

It’s that time of year ladies and gentlemen. But let’s be a little more real. It’s my favourite time of year. The time where we get to sit back, relax and enjoy and little cat fight here, drunken girl there and the usual “I saw him first so technically he’s already mine.” Yes, we are back to The Bachelor, and we’re in for one heck of a ride this season—if you like tractors, that is.

Introducing Chris Soules, the heartthrob, stylish (whatever that means) farmer from Iowa. As one of previous Bachelorette Andi Dorfman’s top three, Chris was sent home after he confessed his love to Andi. Well, love doesn’t get this farmer down because ya’ll better get ready for this country boy. If you enjoy planting seeds by day, watching the sun go down at night, this farm boy is all you’ll ever need—because seriously, there isn’t anything else for about 50 miles or more. But who’s counting?

The night began as usual: black limos drove up as giddy girls gasped and awed at farmer Chris’ beauty. One by one the girls popped out, looking more and more sparkly and bedazzled as each one approached. Not to criticize too much or anything, but last time I checked I’m pretty sure that much bedazzle hasn’t been around since a couple prom years ago, but hey, you’ve got to get the man’s attention somehow…

Take good time Sally for instance, or more formally known as Tara the Sport Fishing Enthusiast. Instead of sticking to the norm, she made her grand entrance in nothing but a great pair of daisy dukes and a plaid button down. Well, you did catch Chris’ attention that’s for sure, especially after you downed (who knows actually how many) a couple Jacks on the rocks and almost fell during the Rose Ceremony. You really do know how to catch em’, don’t ya Tara? Next.

Let’s talk about the Hollywood waitress Brit. Hello beautiful Brit. Pretty sure everyone’s jaw dropped across Bachelor nation at the site of her, and after that first episode kiss, it seems like Chris has a soft spot for her too. Chris had no doubts giving his First Impression Rose to her—I mean how could he not… Team Brit anyone?

I have to say, highlight of the entire episode must be credited to Ashley S. God bless her onion soul. Hairstylist from Brooklyn, Ashley S. really captured all of North America’s eyes with her passion for seeking out onions in the dark. Truthfully, I think it’s a talent. It takes a really special kind of someone to be able to decipher a leaf from an onion in the midst of being filmed. Three cheers for Ashley.

The highlights for the season were just too good. Everybody saddle up. This here is gonna’ be a good season ya’ll.