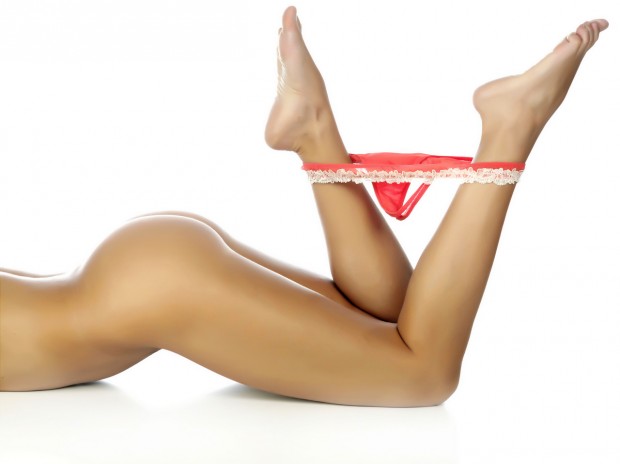 Weird Things She Asked For In Bed

“I have too many fantasies to be a housewife. I guess I am a fantasy.” – Marilyn Monroe

We’re all for trying new stuff when it comes to sex, but whoa, these ladies had some interesting requests. And by interesting, I mean really freaking strange.

“When my wife and I first started dating, she told me that she loved it when a man made a lot of noise in bed. When I asked if there was any sound in particular, she looked at me with a totally straight face and said, “It would be so hot if you howled like a wolf, like I was making you feel so good, you literally turned into a wild animal.” I kind of get where she was going with that, but I still tease her about it.” – Hank

“I was really into having my girlfriend wear my clothes in bed – button-downs, tee shirts, boxers, that kind of thing. She seemed to be really into it as well. However, one evening, she rolled over and said she had always fantasized about me wearing her bikini strings. Yeah, we didn’t last much longer after that.” – John

“I was getting it on with a new woman when she stopped and asked if I could shave her legs. I stopped in my tracks and didn’t know what to make of it. I told her that her legs were fine, that there wasn’t any trace of hair on them, but she persisted she wanted me to do it anyway. When I said no, she asked, “Well, then can you at least brush my hair? I’m just really turned on by having a man groom and pamper me like that.” Seriously!? In the middle of it all?” – Kevin

“My girlfriend once asked if I would talk to her vagina right before I went down on her. I didn’t want to judge her fantasy, so I asked what she meant. She said, “You know, tell it that it’s really moist and soft, that you can’t wait to taste it, and call it Wonder Woman.” I was fine with everything except the superhero request – there’s no way I could do that without losing it and bursting into laughter.” – Evan

“One woman asked me to lick her armpits during foreplay. She explained that it felt ticklish in an arousing way. I was so taken aback that I obliged. But tasting her Nivea deodorant with my tongue didn’t exactly turned me on. Then again, I guess it’s good she had some on.” – Mark

“Recently, I was fooling around with my girlfriend, and she whispered in my ear, “Do you want me to queef for you?” I was shocked because 1) I thought girls were grossed by that and I also thought that they know guys are really into it either and 2) I don’t get it, can women queef on command or what?” – Lionel

“I was out with this girl I had been hooking up with, it was late, and she turned to me and asked if we could go home so that I could ‘hold and cuddle her like a baby in bed’. I assumed she was joking around, but once we got back to her place, I realized she actually wanted me to cradle and rock her.” – Andrew