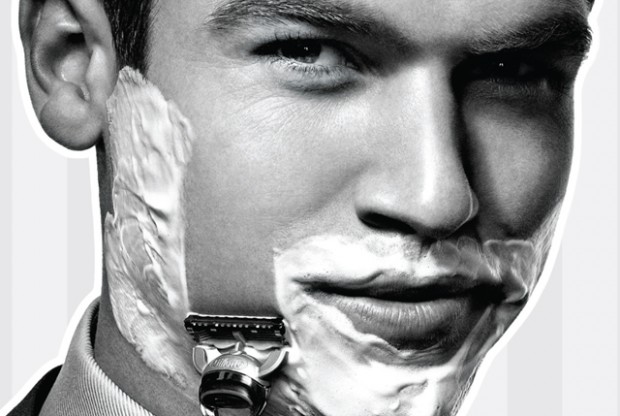 I have been shaving with the same gel for the past decade or so. I’m seeing fancy shaving creams touted in men’s magazines everywhere. What gives?

A: If you’re shaving with some cheap foam or gel, it’s time to step up to the sink and step back in time. Your face is begging to be pampered, and our grandfathers knew how to do it. Shaving should be a relaxing ritual. Plus, as you get older, your skin will thank you for it. Part of the ultimate experience is whipping up your own shaving lather. A mug, a puck, and a brush. Many products are out there, but check out the stuff from Cutthroat Shaving Company. They’ve got shaving soap pucks that will leave your face smelling of sandalwood or tobacco…or nothing at all. Work up a lather in an mug using a badger brush. A pre-shave oil will lube up the face a bit (The Art of Shaving makes great ones) and help the blade glide across it. Brush on the shaving lather in a circular motion. Those bristles help open your pores. After you’re done, slap on an aftershave tonic (yes, tonic). For an added bonus, put on a little Sinatra as you slice away the whiskers.