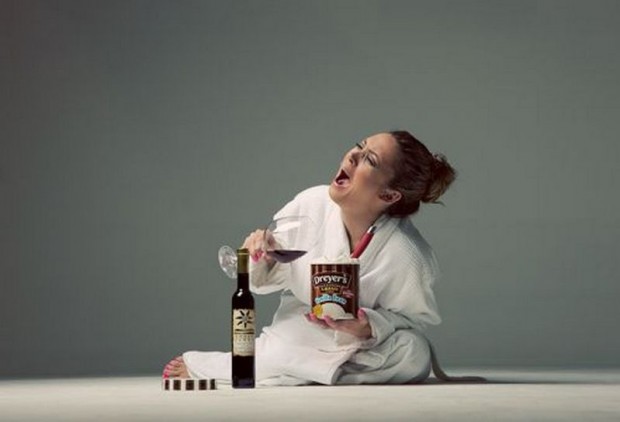 (What) To Drink Or Not To Drink After A Breakup, That’s A Good Question

No one likes the idea of a breakup. It doesn’t matter which side of the split you’re on, a rift between (would-be) lovers conjures so many feelings of discomfort that it’s difficult to even write about it. There is a lot of truth in the old adage that Time heals most wounds, but the question I wanted to raise is … What drinks do we turn to in the interim?

As much as I champion the idea of moderation and responsible alcohol consumption I understand that our emotions can get the best of us. How do we turn the tendency to look to alcohol for comfort into a situation where the alcohol becomes an asset rather than a crutch?

Polling friends, their answers fell into several camps. There was the group that said it doesn’t matter what you drink, as long as there’s plenty of it. There were those who suggested that their preferences would depend on whether they were the one delivering or receiving the news. And there were those who chose beer, or liquors, champagne, or high alcohol wines, but the overwhelming message was the same: choose something you love and drink a lot of it.

Perhaps, most obviously, the common thread among all of the responses was drinking to forget, or drinking to numb, or avoid, the pain. For those of us who have been there and done that, we know that this kind of behavior is unhealthy, fiscally irresponsible, and we know that it’s virtually impossible to drink ourselves to emotional safety. All it does is stave off the inevitable.

RELATED: How To Save Yourself From Breakup Heartache

That brings me to the bravest answer I received. It came from an unlikely source: a former male colleague; a career newsman; one of the toughest guys in any room. He confided in me, on conditions of anonymity (of course), that the only thing that has saved him from years of expensive counseling and heartache and drinking himself into more problems than he started with, was celebrating the time he did have with the person he was no longer with.

Compared to all the other responses, this one seemed the furthest from the course I started on. But his point stuck with me, mostly because of one story that he shared.

After a protracted courtship with a woman that he intended to marry, she ended the relationship. His response was to start drinking, heavily. His favorite was and still is whisky.

He followed this path for a long time until one evening, on an anniversary of sorts, instead of pouring a drink he went to their favorite restaurant. He ordered her favorite meal and her favorite wine and he sat there, alone, thinking about their time together.

The next morning, he said he felt “Lighter.” It was a practice he incorporated each time he had a potentially difficult separation from someone – whether he was on the good side or the bad side of the table.

He said, “It works a lot better than trying to drink them out of mind. I’m not saying it will work for everyone, but it’s worked for me. Does that fall in line with the kind of thing you were thinking?”

Here I was, trying to intellectualize the ways a delicious low-alcohol, brilliant, fresh, slightly sweet Moscato D’Asti from Michele Chiarlo could soften the blow of a breakup without being too heavy handed.

I did what any writer in my position would have done. I asked him if I could share his story with you.