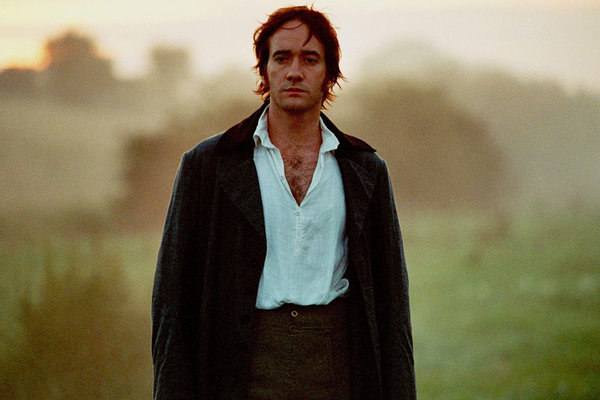 Nothing drives me more bonkers than hearing  people whistfully say they’re just “looking for their Mr. Darcy”. To them I say: put down your book, turn off that DVD, and listen up:

1. Mr. Darcy Is Actually Kind Of A Dick

Look, I get it. He wears super tight pants, secretly pines for you, and never got really drunk and embarrassed you at that party last Christmas. But Mr. Darcy is not who you want. Fitzwilliam Darcy is a guy hell bent on sticking his nose into other people’s business and maintaining an oppressive class structure that enables him to live a life of luxury and privilege at the expense of pretty much everyone else. He’s moody, unemployed, rude, full of pride, and – you guessed it – prejudice.

2. These Are Different Times (And That’s Good)

Let’s historically contextualise things a bit here, shall we? If a guy is ignoring you, it isn’t because he’s wrestling with how best to act with decorum and propriety in the face of extremely rigid social mores. It isn’t likely that he has a massive inherited estate to find a suitable mistress for, either. Chances are you two just aren’t as compatible as you’d imagined, and that’s ok. We live in an era that affords us the ability to be straightforward with potential partners without long winded letters and months of silence. Expect more of your men. Plus we’re also much more likely to live past 60 and delivery pizza is a thing. 2015 is a wonderful time to be alive, treasure it.

3. Men Will Never Be Colin Firth Emerging From a Pond

4. Darcy Never Made You (Or Elizabenth Bennett) Laugh

This is pretty self-explanatory, but can you imagine a life with anyone so sullen, reserved, and humourless? Spend time with people who make you laugh and who you can make laugh – anyone else is wasting your time.

My friend has a theory that the “Second Guy” is always better. The theory certainly holds up in Romeo and Juliet, as Benvolio is the non-drama-queen-totally-still-alive-at-the-end dream boat we all deserve, and not Romeo. In Pride and Prejudice the dramatic lead, with his moods, sighs, and disregard for others is nothing compared to his easy going, kind friend, Mr. Bingley. He may not be as rich or important as Mr. Darcy, but Bingley, with his goofy grin, good manners, and uninhibited enthusiasm for Jane Benett proves the far superior gentleman.