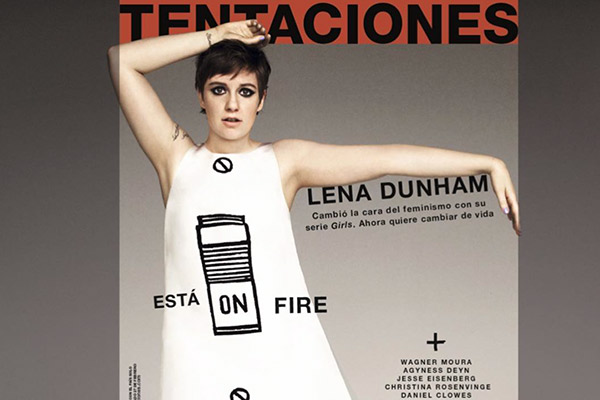 Girls creator and star Lena Dunham’s stance on photoshopping your body took her to posting on Instagram this week, to call out Spanish magazine Tentaciones for photoshopping her image. Stating that she was proud to have modeled for them, but wondered why magazines feel the need to edit images of women.

However, Dunham soon discovered that the magazine did not photoshop her. They sent her the unedited images so she could have a look for herself.

Tentaciones stated in an open letter “Of course, we are aware that any media outlet needs to be responsible for what it publishes, but this photo was previously approved by the agency, the photographer and your publicist … we used the original that they sent us without applying any kind of retouching”.

Dunham quickly responded to her mistake by thanking Tentaciones for their quick and good-natured response. Dunham argued that she’s had bad experiences with people retouching images and judging women for their curves that she’s become sensitive on these topics.

Lena Dunham’s stance on photoshopping is still a valid one. Fight the power girl.