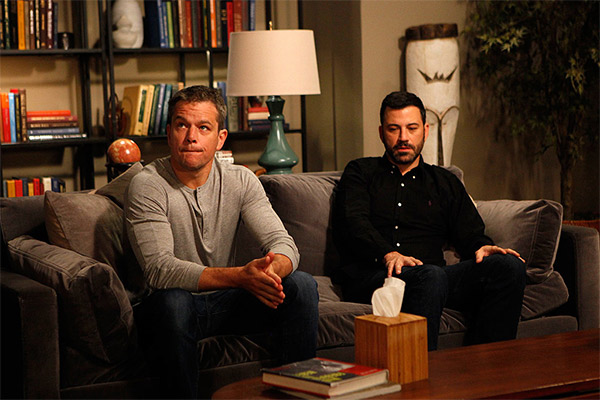 What’s The Beef Between Matt Damon And Jimmy Kimmel?

Some may ask: Why do Matt Damon and Jimmy Kimmel ‘hate’ each other? Why did Matt Damon crash Jimmy Kimmel Live this week during Kimmel’s Oscar Special Show. In case you don’t live on planet Earth, these two have had a serious ‘beef’ for years.

This all began because Kimmel would constantly end the show by saying “Apologies to Matt Damon, we ran out of time.” Damon quickly got a kick out of the joke and the two began their beautiful feud.

Shots were fired in 2008 when Jimmy Kimmel’s then girlfriend, Sarah Silverman, came on the show and played the viral video “I’m F*cking Matt Damon” staring yours truly, Matt Damon (who was yet to still be an official guest on the show).

Not one to let things go, Kimmel returned fire in 2009 with the video “I’m F*cking Ben Affleck” with the Batman vs Superman: Dawn of Justice star himself.

RELATED: Men Listen Up! These Stalking Tools Are Made To Keep You In Line

For years, Kimmel and Damon have tried to make it work, even taking a crack at marriage counseling, but it ultimately fell apart when Damon’s best friend, Ben Affleck decided to take things into his own hands and sneak Damon onto the show.

Watch the hilarious video below.