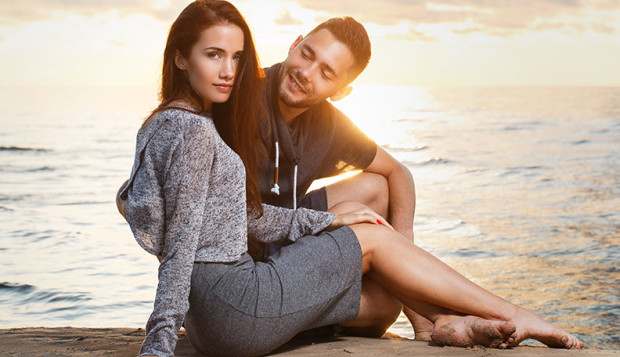 Serve Rejection With A Side Of Sweet Sauce

Without exception, every woman I’ve ever spoken to on this issue has said that when it comes to dating, they would prefer men make the first move.

Of course I understand this.  As a woman I feel the same way.  If the relationship progresses, then it’s different, but women would rather the initial approach come from the man.  So why is it too many women respond rudely when a man approaches them? NOT ALL MEN ARE MISOGYNISTS

If you’ve suffered through a day at work where a colleague, supervisor or client made sexist remarks in your presence, or directed at you, it doesn’t mean all men are like that. So if that night you’re at a party or other social setting and a man you’re not attracted to approaches you, don’t take your day’s frustration out on him.  It’s not his fault, and he probably had to work up the courage to talk to you in the first place, be conscious of that and respond in a considerate manner.

As a friend of mine so eloquently put it; ‘we don’t like approaching men because we would rather do the rejecting than be rejected.’  News flash; guys don’t like being rejected either; it hurts their ego, pride and most of all their feelings, and unless they’re being an offensive jerk, that’s not okay.

RELATED: How To Cope With Rejection

Realize that they’ve probably given much thought to what they’ll say to you once they’ve worked up the nerve to ask you out or even just talk to you.  Chances are they’ve crafted their approach – which means, it’s not ‘who they are.’ It’s ‘who they think you want them to be.’

A LITTLE GOES A LONG WAY

The manner in which you reject someone can have long term implications.  That guy you have your eye on doesn’t seem to be responding to your signals or body language? Maybe he’s been burned before and doesn’t want to risk the humiliation of being rejected again. Somebody before you ruined it for you, don’t ruin it for someone else. I believe there’s somebody out there for everyone, so if you’re not interested in that guy, chances are someone else is, or will be, don’t make him afraid to approach a woman. If you’re in a bar or other social setting, what’s wrong with meeting people you don’t want to date? A great song comes on, a guy you’re not attracted to asks you to dance, you really want to dance – accepting his invitation doesn’t mean you’ve committed to anything after the song’s over, maybe he likes the song and wants to dance too.  I’ve had some great nights out dancing with guys I never dated and was always delighted to run into again, a ready-made dance partner for when that good song comes on, and the ice has already been broken; win-win.

If it’s clear he wants more than a dance, you can be nice about it.  Your body language is a very good indicator, if he doesn’t seem to be getting the message, you can still find a nice way to let him down. What would you do if it was a friend of a friend? Someone you don’t want to offend? How would you handle that approach? Do the same thing, just because he’s a virtual stranger doesn’t mean you have to be a bitch.

I don’t know any man who wants to date a bitch – well, except for rappers, but I don’t know any personally, I just know they sing about their bitches all the time – so unless the guy approaching is a rapper – on behalf of women everywhere, be nice – he could be the man of another woman’s dreams!