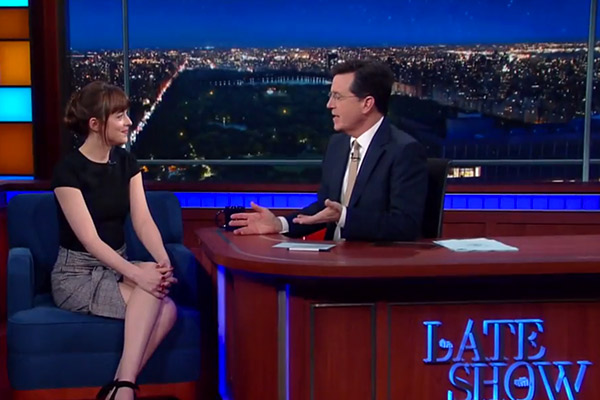 This week, Fifty Shades of Grey star Dakota Johnson attended the Met Gala 2016 and bumped into Late Show host Stephen Colbert. She casually suggested that they should do an interview together where they consume multiple amounts of alcoholic shots. Colbert thought this was a brilliant idea as he had her on his show the next night taking tequila shots.

The result was priceless, as they covered topics such as her new film A Bigger Splash where she began to snort while laughing, cry while laughing, and going red while laughing, all the while chugging hardy shots of tequila. Johnson went into detail on what makes an island, like you know, being surrounded by water. And how Tilda Swinton is the most maternal and loving person who’s just full of information.

The verdict? Have tequila shots with every interview on talk shows please and thank you. Watch the hilarious video below.