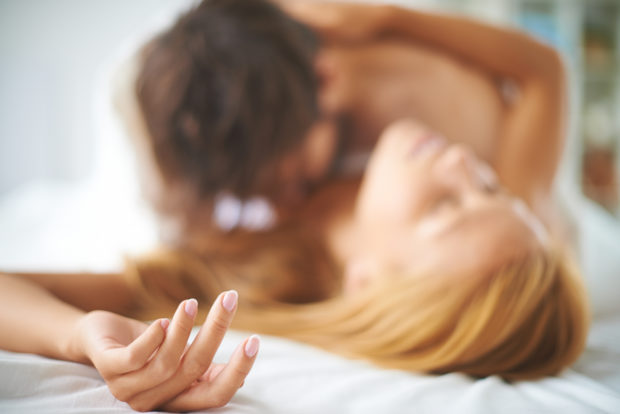 Sex News You Must Know

For centuries, men have been told how complicated a woman’s body is, especially sexually. And while it’s true that chicks don’t have a point-and-shoot anatomy, new research shows they have just as much pleasure potential as men.

I got my hands on some recent groundbreaking studies that debunk the long-standing conventional wisdom about female desire and response. Then I took the research one step further by explaining how to use it to tap into a new dimension of bedroom bliss.

Conventional wisdom – A woman has to feel desire to get aroused

Maybe this rings a bell: You want some action but your partner is stuck in “whatever” mode. Hey, it happens. But before you blow her off because she’s not into it, consider this: new research proves that a woman’s body can be turned on even during those moments when her mind is turned off.

That’s because desire and arousal are two separate animals. Desire occurs in the mind, while arousal unfolds in the body. True, desire usually leads to arousal, but a woman’s body doesn’t need desire to get to that warm, tingly place. In fact, researchers at the University of Amsterdam have discovered that a woman’s central motor system lights up instantly with physical stimulation, before her mind even begins to process it.

Problem is, many women think sex will be a drag if they’re not registering any interest in their brains. What to do when you’re horned up and she isn’t: zone in on her physical hot buttons. Focus on her body and help her give in to the feel of your lips against her neck or the way your hand is brushing up against her back.

Another testament that she doesn’t necessarily need desire to relish doing the deed? One recent study found that many women experience heightened arousal when anxious or stressed.

Conventional wisdom – Women take forever to get turned on

Somewhere along the way, it became commonly accepted knowledge that women required hours of foreplay to get primed for sex. Now, I’m all for tons of kissing and oral, but it’s not always necessary. A new study in the Journal of Sexual Medicine claims that both men and women begin showing signs of arousal within 30 seconds. What’s more, there was little difference in how long it took women and men to reach peak sexual arousal. Researchers at McGill University in Canada had young men and women watch porn. Meanwhile, in hidden areas, scientists controlled thermal imaging sensors to measure heat changes in their genitals. They found out that men reached peaked arousal in 11 minutes, while women clocked in at 12 minutes.

Of course, this flies in the face of old arguments that claim women reach the brink in about 20 minutes. So what gives? Turns out, participants in this study watched images through special goggles to minimize their field of vision so they were less likely to be interrupted by what was happening in the room. The lesson here: when you want to get her revved up stat, you have to nix all the distractions. Women are more likely to multitask, and they tend to get rattled by a ringing phone or by overthinking what they have to do the next morning. The problem? It takes them out of the moment. So whatever you do, power down the TV and carve out time strictly for you and her to get it on.

Conventional wisdom – Dry down there? She’s not feelin’ it

Let’s play a little word association: I say male arousal and you say erection. Unfortunately, there’s no hard-and-fast equivalent for women. Vaginal lubrication often has been viewed as the biggest cue… until now. Research has found that there’s no direct correlation between arousal and the amount of blood flow and lubrication to the vagina. She may be aroused and not have lubrication at all. Often, this is hormonal: women are naturally wetter around ovulation and drier when their periods are about to arrive. Also
, antihistamines found in cold medications, for example, can sap nasal passages and vaginal secretions.

So what are the physical cues worth clueing into? Scientists at Indiana University’s Kinsey Institute for Research in Sex, Gender and Reproduction asked women exactly how they knew they were turned on. Although lubrication was reported as one sign, many women also reported genital warmth and swelling and nipple hardness, as well as increased heart rate and muscle tightness in the stomach and legs.