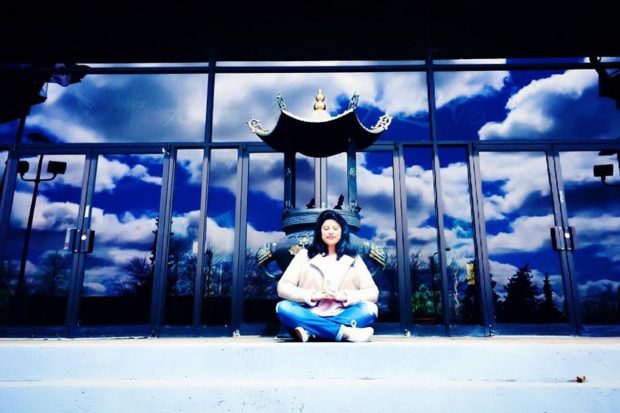 Let Your Energy Be Your Guiding Light

I was born into a Muslim family and when I grew up, as an individual I felt strongly inclined towards my faith because it mentally, emotionally and spiritually naturally connected with my inner-being. My Mother was always open to her children exploring other faiths, while many others looked down upon it, today I understand the reason why my Mother did so; she wanted her children to explore different faiths and wholeheartedly choose to follow the faith that they chose to adhere to. She ardently practiced what was written in the Quran, “There is no compulsion where religion is concerned.” (Holy Quran: 2:256).

Every now and then when I explore other faiths it is not because I doubt Islam. It is because I desire to comprehend the ideologies of individuals who practice faiths that are not similar to mine. The journey of learning about different ideologies of various faiths leads to developing tolerance in a world where humanity and peace are in dire need to be re-generated. During my early teen years and up till adulthood I was bred in the Middle East, Dubai, where there are rare opportunities to explore different faiths in terms of visiting places of worship. Returning to Toronto after spending eleven years in Dubai gave me a refreshing insight on the term, ‘religious tolerance’. As my eyes scanned my new neighborhood, on one end of the street was a Christian church, parallel to a Buddhist temple, that was a few block away from a Mosque; guess what? There was not a single sign of intolerant chaos stirring. Bubbling with excitement I chose to set forth my exploration to the Buddhist temple and discover a faith which I had briefly read about but never had the opportunity to gain an insight on. I am firm believer of energies and how they connect us with our surroundings as a sign from the Ultimate-higher source of energy. Mesmerized by the magnificent interior of the Buddhist temple, I came across five statues of the Buddha, each with different hand gestures. There was one particular Buddha that caught my eye and I had felt connected to, immediately I thought of imitating it! When I came home and researched on what that particular Buddha hand gesture represented, I was astonished how it symbolized my current state of mind and soul these days. The Uttarabodhi Mudra gesture is called the mudra of supreme enlightenment. This mudra is formed with both hands placed at the heart; index fingers touching and pointing upwards, the other eight fingers intertwined. It is a hand gesture that clearly evokes a sense of unshaken unity within oneself in aligning with the One source. The Ultimate-high source of energy has its ways of leading us to discover ourselves in a world where our souls tend to get lost every now and then. The key is to listen to your instincts and allow the universe’s energies to take your soul where it would be rejuvenated.

RELATED: Shapeshifting To Create The Life You Want Astonished at the results of following my instincts at the Buddhist temple, I decided to follow the same instincts again as I reached over to the book of faith that I follow with a question that continuously echoed in my mind, “Why are there so many different faiths when they are causing disastrous chaos in the world, if only one faith existed it would all be so easy for everyone to get along!” I spontaneously stopped flipping the page of my religious doctrine as my eyes stopped scanning and my soul lit up with the ultimate answer,

“We have appointed a law and a practice for every one of you. Had God willed, He would have made you a single community, but He wanted to test you regarding what has come to you. So compete with each other in doing good. Every one of you will return to God and He will inform you regarding the things about which you differed.”-(Holy Quran:Surah al-Ma’ida:48)