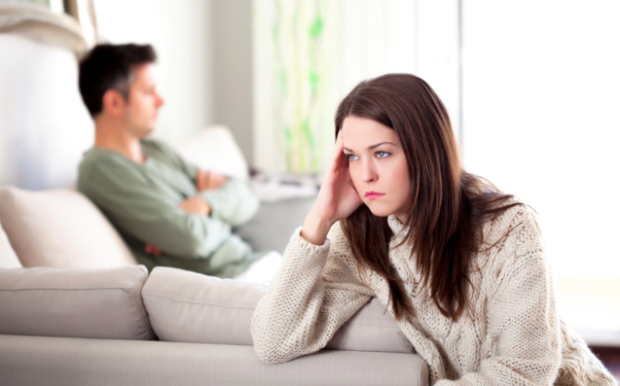 Why Won’t They Commit?

Why won’t they commit? This is a question that men, women, and very involved advice-givers have asked themselves for centuries. So, why? Well, there is a lot of different reasons why people do not commit to being in a relationship but sometimes we just cannot accept that these reasons apply to us. The most important thing about questioning why people have commitment issues is accepting that the answers may not be exactly what we want to hear.

They Are Not Over Their Last Relationship Sometimes, people have trouble committing to new relationships because they still need to get over their past relationships. We are always affected by the people in our lives who we care about and who care about us. It is important for us to understand that some people may let their past relationships affect their present ones. You have to make sure that you and your partner have a talk about past relationships to clear the air and see if they have issues they still need to work out about past partners. It is understandable for people to have outstanding problems that they need to work out but if someone does have outstanding issues then you have to accept it and let them work out their problems on their own. You have to remember that you cannot expect someone to commit who has commitment issues; you have to allow them to take their own time to fix their issues and you cannot allow yourself to be brought down with them.

They Are Not Mature Enough To Be In A Relationship The Timing Is Off Everyone has a different timeline in their lives and, unfortunately, sometimes our timelines do not match up. This can cause conflict between couples. There are times when people cannot commit to a relationship because they have other priorities that need their attention first. If someone does have conflicting priorities then you cannot force them to prioritize being in a relationship if that is not what they want. I’m not saying that being in a relationship should be your main goal in your life because it is good and healthy to have different interests that are important to you rather than just one. However, some people are unable to balance a relationship along with different issues at the same time since, unlike some other obligations, relationships require patience, time, and emotions. So, if they are not ready to commit and need time to work towards their goals or figure out how to get over some obstacles in their lives, you have to let them.

They Have Difficulties With Their Emotions As much as you do not want to hear this and as much as I do not want to say this, sometimes people do not want to commit because they’re not interested in emotionally investing in someone. It is possible that they have past troubles that are preventing them from being in touch with their emotions. However, people may also only be interested in physical relationships rather than relationships that incorporate feelings and commitment. You have to talk to your partner about what their intentions are because you both may not want the same things from the relationship. As much as you want to you cannot change people and you cannot change what they want. It is best to accept what they want and make a decision about the future of the relationship that is best for you and what you want in the future.

RELATED: Are You A Commitment Phobic?

There are endless reasons as to why people do not want to commit to a relationship but you cannot blame yourself for any of it. Long story short, if the relationship doesn’t work out then it is best to accept it and try to move on because sometimes it is for the best. Remember that when you meet someone great and you become interested that, once you feel it is the right time, you need to talk to them about what they want from the relationship and discuss if you both are on the same level of commitment. Also, remember that before you get in a relationship or become involved with someone you need to figure out what you want and how committed you are ready to be to another person. Be honest with yourself and with others about what you want and remember that for the relationship to work out you cannot force someone to be committed and you have to accept that there is a chance that they will not commit.