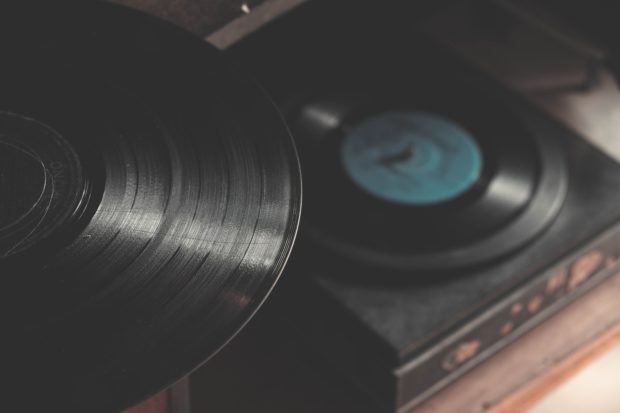 Songs To Get You Through Every Stage Of A Breakup

The balm for every breakup has always been music. That’s basically a truism, and it’s not up for debate. But it’s important to listen to the correct music for each individual phase of your relationship’s dissolution. That’s why we’ve created a carefully curated list of the perfect songs to get you through each of the seven stages of acute grief that accompany any breakup.

Whether or not you’re the one to pull the trigger, the first few days of a breakup can feel surreal. You may be wondering, “Could this still be reversed? Could we salvage things? Could I learn to accept my ex’s horrible taste in movies and get along with my evil father-in-law?” The answer – as any adult who’s not a character on Grey’s Anatomy will tell you – “Probably not.”

Stage one breakup music should first and foremost facilitate acceptance of the situation. It’s important to stop disassociating and really process what is happening to your love life. That’s why “It’s Too Late” is such a perfect tune. Sure, its title is a little “on the nose,” but this classic about a couple accepting a breakup when things are beyond repair is the perfect salve for your sad heart. As the song says, “It’s too late baby now/it’s too late/though we really did try to make it.”

Song Recommendation: “Nothing Compares To You,” Sinead O’Connor

Nothing compares to you is about feeling like you former boo is the only one for you. It’s about feeling broken and hallow and worried you’ll never be able to go on. It’s about the singularly traumatic time in the weeks following a breakup when you’re no longer in denial, but life sucks anyway. Everything you love has – temporarily – lost its luster. Jokes seem less funny, your friends’ attempts to comfort you all fail and all you want to do is sleep through the pain. If you’re anything like me, you’ll spend most of your time crying and eating frozen Eggo waffles (Yes, I morph into Eleven from Stranger Things when I end a relationship). But Ms. O’Connor’s breakup anthem will remind you that you’re not alone. Basically everyone worries they’ll never recover from the aftermath of a breakup. That’s why I love the raw vulnerability of “Nothing Compares to You,” where Sinead talks about how nothing – even “dinner at a fancy restaurant” – can ease her achy breaky heart. It’s a very authentic tune.

Sometimes it’s nice to wallow for a little while…

This is the stage where you’ll get super mad about your breakup. You’ll think of your ex with the same anger and vitriol with which Sarah Huckabee Sanders views Michelle Wolf. And yet you’ll sort of want them back anyway.

A person mired in Stage Three alternates between imagining their ex’s head roasting on a spit, and promising the universe they’d give them way more head in bed if they could just get back together. Yes, it’s a particularly weird stage, where you’re furious, but you’re also trying to negotiate with fate.

RELATED: Keep Your Chin UP

Here is another stage where you need songs that promote the concept of Breakup Acceptance. That’s why I recommend the Whitney Houston classic, “It’s Not Right But It’s Okay.” No, what’s happening to you probably isn’t fair. Is it okay that your ex is posting pictures of brunch on Instagram like nothing is wrong, while you feel like a rat is slowly gnawing away at your insides? Hell no! But let Ms. Houston reassure you that you’ll persevere. Lean into that anger and accept that your ex is a problematic person you shouldn’t be around.

I bet you were wondering when we’d break out Adele? Well, I find it’s best to save her for Stage Four. The lingering depression and loneliness associated with a breakup can last for weeks, months, or even years. In the 32 turns I’ve taken around the sun, I’ve seen some things. And one of the things I’ve witnessed is the brutal pit of despair that is the depression and loneliness following a breakup. Regardless of whether or not it’s true, it will feel like your ex is moving on faster than you. Maybe you’ll see a picture of them with a hot stranger on Facebook, and you’ll assume it’s their new boo, even if in reality it’s their co-worker Janine.

Regardless of whether or not the situations that inspire your jealous moments are real, you’ll probably feel like Adele when he found a girl, settled down, and “his dreams came true.” People are petty, so watching your ex (seemingly) thrive while you flounder can be almost as harrowing as sitting through an entire Nickelback concert. That’s why you need some musical armor.

“Someone Like You” is the perfect song for this stage of mourning, because it’s easy to listen to on repeat. Even your friends and family will be okay with you blasting Adele thirty times in a row on a road trip – it’s just that good. And the best part is, it’s sad every time! I once saw Adele perform “Someone Like You” live in concert, and even she cried! I’m not exaggerating. The one and only Adele had to stop halfway through the song to sob it out. This is a woman whose job it is to sing “Someone Like You” every night, and even she wasn’t immune to its effects!

The most soothing part of “Someone Like You,” however, is not the abject misery the ballad conveys. The song is so valuable because it’s ultimately uplifting. The hook is “Never mind/I’ll find someone like you.” That’s an excellent reminder you’ll find someone else you adore someday. It may not feel true at the moment, but that’s why you need Adele to sing it for you. So you’ve lazed around in your PJs for an extended period, and you’ve rewatched approximately six seasons of Grey’s Anatomy. Congratulations! You’re officially ready for Stage Five. This is the part where you flirt with rebuilding your life, whether or not that involves flirting with a hottie you met at the gym.

Suddenly, you’ve remembered how fabulous you are! You might not have a bae in the traditional “Meredith and McDreamy Forever” way, but you can always listen to Beyonce! It’s time to start embracing being single, which is pretty much the raison d’etre of the song “Single Ladies.” It’s all about looking super sexy at da club while your Ex gets jelly. It’s exactly the sort of mild revenge fantasy you need to buoy your spirits enough to get you back on Tinder/Bumble/Whatever app is hot in the wake of your breakup.

And for those of you gentlemen out there, who feel like a song about single girls isn’t your anthem, please f-ck right off. Beyonce is for everyone. This recommendation is universal, and you know it!

Stage Six: Reconstruction and Working Through

Hey, if it was good enough for Hillary Rodham Clinton, it should be good enough for you, too. Ms. Rodham Clinton’s 2016 presidential campaign song may sound cheesy to some. However, I dare you not to feel uplifted when Platten belts out lines like, “This is my fight song/prove I’m all right song!” Yeah, it’s a little “on the nose” for the “Reconstruction and Working Through Phase” of your breakup blues. But really, who needs to be all hipster about their breakups?

This is the phase of your breakup where we need to go beyond visualizing ourselves on Tinder or at da club and get up the gumption to go on an IRL date with that pretty personal trainer you met on Bumble. During Stage Six, you’ll likely have more good days than bad, but you’ll still a little intimidated about moving on, once and for all. At this point, you’ll need to become a breakup warrior determined to defeat any lingering insecurities that hold you back from living your best life. You need to become your own Mulan! And because you can’t live inside a cartoon montage made by Disney, the confident tones of Rachel Platten’s “Fight Song” are the next best thing.

This song is guaranteed to get you through the entire process of setting up a Match.com profile, and at least one and a half dates with people you meet on OkCupid. Congratulations! You’ve made it to the end of your breakup journey! And it’s time to break out an infectiously upbeat song; it’s time to break out the one and only Stevie Wonder. I mean, his music is so delightful, it’s basically audible chocolate cake. It’s time to surrender to optimism, and swipe through Tinder like a terrier playing tug of war.

Just because your ex rarely showered and never reciprocated oral sex, that’s not a reason to give up on life! If romance is something you want, be open to that.  Don’t be afraid of falling in love again, because you’re awesome. I don’t know you, but I’m willing to bet you have some fantastic qualities. Maybe you’re a proficient baker, or perhaps you have an uncanny ability to predict you’ll win The Bachelor each season. Whatever your talents, there’s someone out there who can’t wait to fall in love with you.

Don’t be scared to give and receive love like you’ve never lost it! Furthermore, don’t be afraid to embrace your newly single self if that’s the one that makes you happy! Self-love can be just as magical as romantic love! And no matter whom you choose – even if it’s yourself – you have friends and family to help you along the way. As the song goes, “Don’t You Worry ‘Bout a Thing.” You got this!  You may have to kiss a few proverbial frogs, but you’ll get your proverbial “happy ending” someday, whether it comes with a partner or not.