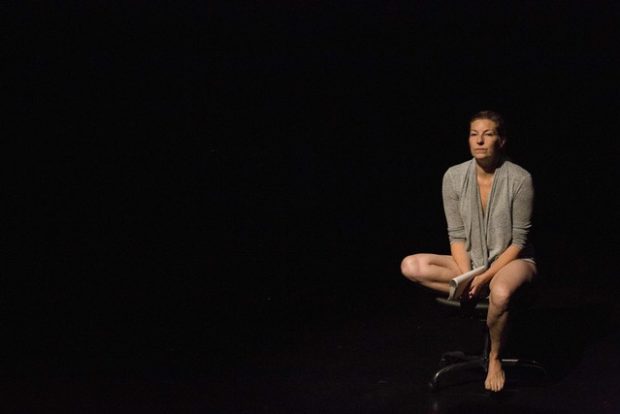 Toronto Theatre: The Secret Life of a Mother Is a Masterpiece

The Secret Life of a Mother is the rare, transcendent play that proves the power of theatre. Simply put, it’s an masterpiece. Developed by Canadian theatre legends Hannah Moscovitch, Meav Beaty and Anne-Marie Kerr, Mother is based on the experiences of real-life parent Moscovitch, as she ventures into the unknown terrain of motherhood. Workshopped at The Theatre Centre in Toronto, and had its world premiere on October 25th.

For much of the play, Hannah is portrayed by veteran Canadian actress Beaty (Mouthpiece), who regularly breaks the fourth wall with interjections on her own experiences of motherhood. These asides are both funny and at times frightening, as the animated Beaty analyses how her own struggles with motherhood inform her reading of the text. As a performer, Beaty is funny, graceful and fearlessly authentic. There is no vanity in this play, which revels in revealing the “gross” parts of motherhood, those parts motherhood blogs dare not speak of, the parts where you have a miscarriage on an airplane, or the part where your vagina gets eviscerated by your child’s head during labour, or the part where you’re so tired from getting up with your child in the middle of the night, coffee doesn’t even work anymore. No, this is not a maudlin celebration of motherhood; it’s a play that finds glory in the guts, lovingly documenting both the joys and the indignities of being a mom. The stage direction of Mother owes a lot to Theatre of Alienation techniques made famous by German playwright Bertolt Brecht. The production is almost a one-woman show, which features not just Meav’s personal reflections on her character, but some audience participation, too. As a viewer, you never forget how this piece of art is deeply personal, one informed by real people who are right there to explain their inspiration. If you’re anything like me, the script will fill you with deep appreciation for your own mom.

Ultimately, the deeply personal nature of this play is a testament to how motherhood changes people. At times, Hannah worries she is “a bad mother,” and yet she comes to realize it’s society that makes motherhood so hard. We live in a world where we provide few supports for people while raising children. Daycare in Toronto costs approximately $2000 a mother for a single child, and women who take parental leave pay for that career decision for years to come. The world is unfair for mothers, so it’s important to produce theatre forcing audiences to confront that unfairness. The Secret Life of a Mother is a must-see new play. If you’re a mother – or if you have a mother, you should definitely see it.

The Secret Life of a Mother will play at the Theatre Centre through November 11th.