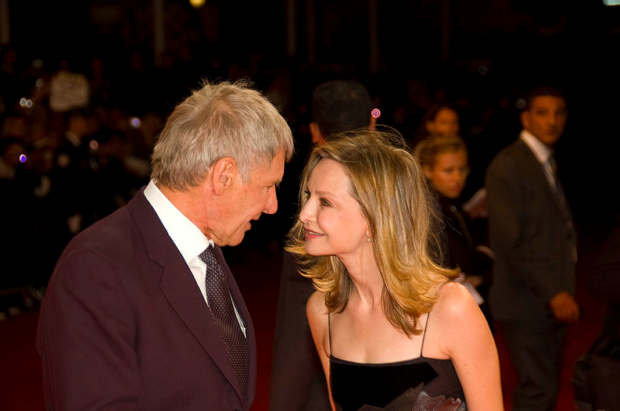 Emile Ratelband, a 69 year-old Dutch media personality who refers to himself as “a young God,” would like to be twenty years younger. And no, I don’t mean he’s nostalgic for his past. I mean, he has begun an actual court battle to change his age. Because he believes himself to be in the physical condition of a man a couple decades younger, the sexagenarian is willing to give up his pension benefits if the courts make him legally 49. He feels that if transgender people have the right to have their true identities legally recognized, then he should have the right to be a forty-something.  And the rest of the world would like to call bullsh-t, me included.

I do not doubt that Mr. Ratelband is in fine shape. While I’m not sure he qualifies as the deity he believes himself to be, I believe he keeps fit. At the same time, so do many older humans. It doesn’t change the basic laws of physics, that all people age a year for every turn the earth takes around the sun. By contrast, the two-sex model on which The Gender Binary was founded has little scientific basis, and is instead a social construction. When one does research, there are probably more differences within the so-called “male and female sexes” than between them. Gender, therefore, can and should be seen as a matter of how one feels, whether one identifies as a man, a woman, gender-fluid, or gender non-conforming. And while people say age is “but a number,” that number is actually based on the passage of time.

So why is Ratelband so desperate to defy the laws of time? According to reports, our man Emile is largely miffed because women on Tinder won’t swipe right on a guy who’s in his late 60s. Emile seems to think this is ageism or something; however, given that there are fewer men for every straight woman as people get older (women still live longer, on average), I’m calling bullsh-t again. Perhaps Emile is having trouble getting much younger women to swipe right, but that begs the question, why is he so ageist that he won’t date women closer to his own age? If he  does have the body of a 40 year-old, methinks women his own age wouldn’t be so reluctant to date him. Oh, and if age “isn’t real” for Ratelband, why does he want to date younger ladies on Tinder? Perhaps he believes age is only real for women?

Emile’s story is yet another example of white male entitlement. He co-opts the politics and the arguments of the transgender community, a marginalized group, and distorts them for his own ends. The truth is, many people look young for their age. But age is not about looks, it’s a number based on how much time you’ve spent on the planet. Case in point: we do not add years to someone’s age when they look less fit than the average person born in the same year. We all age, and we all age at the same rate. It is one of the few truly equal aspects of The Human Experience, so of course the entitled dude who views himself as “a god” wants to be exempt.

The same entitlement can be seen in the recent case of former Conservative Party health critic Tony Clement. Mr. Clement recently stepped down from his post after a sexting scandal, where he sent revealing pictures of himself to a woman he believed to be a consenting twenty-something. However, instead, the images were passed along to embarrass him. Now look, Revenge Porn laws exist for a reason. I’m not saying Clement deserved to have those pictures spread around anymore than young women like Jennifer Lawrence or Victoria Justice deserved to have their hacked sexts leaked. However, why was 57 year-old Mr. Clement staying up late courting much younger women in their teens and twenties?

We now know Mr. Clement had a penchant for liking the bikini pictures of young women – sometimes as young as 18 – on social media, then pursuing them for sexual liaisons. The fact that Clement is married isn’t the issue I take with this behaviour. For all I know, he and his wife could have made some sort of secret arrangement. What is clear here is that a senior member of The Conservative Party, who was well connected, and potentially could have wielded much influence over women’s careers, especially if they were at all interested in politics. And he was pursuing them on Instagram without an apparent care for the power imbalances embedded there.

When it comes to Clement, his years of experience in politics (which yes, he’s had the time to accumulate because he’s a man in his fifties) gave him a large stature in his party and in his country. For crying out loud, the man is a former Minister of Health, and a past Minister of Industry! He’s pretty much as powerful as powerful old white men come. This makes the possibility for true consent from such young and powerless women somewhat dubious. In the case of such power differentials, meaningful consent is nigh on impossible ensure. For example, that’s why hitting on junior employees is often seen as sexual harassment.

The sort of power imbalances associated with old white men in a society disproportionately run by this group makes it predatory when older men go after gamine women. I am not suggesting every straight man should have to date a woman born on his birthday, but if a dude is only going after women young enough to be his daughters, there’s probably a problem. Had Clement been carrying on a consensual sexual relationship with a senior woman in the party closer to his age,  I wouldn’t be batting an eye.

Ultimately, what Ratelband and Clement have in common is the white male entitlement of successful men who believe the laws of time should not be applied to them. They embrace the success and influence that comes with age, and yet they want to exploit their positions (or employ straight-up deception) to hit on women decades younger. Well, not even powerful white guys can – or should – have it both ways.