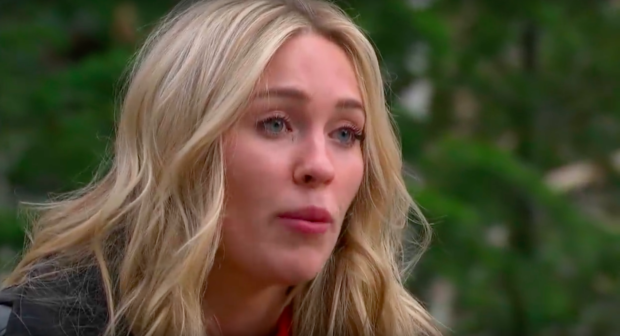 The Bachelor Recap: War for the Roses

Do you feel as betrayed as I do that Colton still hasn’t jumped the damn fence? That fence-jumping scene has been teased in promos all season, and yet it has never materialized. By now, I’m wondering if this shot they’ve been teasing is even real. The whole fence jump is basically mythical, like The Lochness Monster or Bigfoot. As a consequence, I’ve become fence-jump agnostic; I’m not actually certain this footage actually exists, though I hope it does. Anyway, the episode carried over the tensions from last week regarding which contestants are there “for the right reasons.” The group left Asia in favour of Denver, a change Colton inexplicably claimed to be “excited about.”  That officially makes Colton the first human in history to profess excitement about trading a Thai beach Colorado. No disrespect to Denver or anything, but would he really rather be there? That’s so basic…

Anyway, the first one-on-one date went to Tayshia. The pair went for ice cream, then cooked dinner in what appeared to be a well staged Air BnB. It was full of generic art that looked like it was purchased at Urban Outfitters. But I digress.

After this episode, I’m unsure how into Tayshia Colton actually is. Sure, they made out on his bed post-dinner, but he also spent a lot of time grilling the poor woman over who Katy was referring to when she warned him some of the ladies were there for The Wrong Reasons. I personally do not find it romantic when my date uses me as a mole and spends half the time grilling me for intel on other girls. Just me? Tayshia did ultimately spill the tea, as the kids say. According to her, the girls who “aren’t ready” were Cassie and Caelynn, but especially Caelynn. Tayshia admonished Colton that Caelynn was scheming about becoming The Bachelorette. So convinced by Tayshia’s account, Colton decided to confront Caelynn with her accusations when they went snowboarding they next day.

For her part, Caelynn denied all the charges leveled against her both to Colton and the cameras. To our leading man, a poised but emotional Caelynn insisted she was ready for a proposal, and that she could see herself having a family with Colton. By contrast, In her ITM, a frustrated Caelynn shouted a string of expletives that would have been verboten in the pageant world. How taboo!

It’s notable that no one has seen any footage of Caelynn actually saying she would refuse a proposal from Colton. Nor has she gone on camera asserting she would rather be The Bachelorette than his bride. Given that Colton is pretty bland and boring and doesn’t even have a job, I suspect Caelynn would secretly prefer to take a stab at being Bachelorette, but I also think she’s savvy enough not to vocalize that preference to the other competitors. It’s important not to look thirsty, after all! The next day, Colton took Hannah B. on a truly bizarre date. Now, I personally believe Hannah B. is pure of heart. I believe she genuinely thinks she’s falling for Colton, and that earnestness made it heartbreaking when producers arranged for Colton to introduce Hannah to his family…approximately twenty minutes before he dumped her.

It was obvious Colton was going to cut Hannah the moment she walked into his family home. Colton spent about three minutes introducing his date to his family, then headed out to the yard to have a heart-to-heart with his dad about just how not into Hannah he was. Naturally, the poor girl was blindsided when her beaux broke up with her at a romantic dinner that evening.

Happily, Hannah did at least look dignified as she walked out. The girl who famously said “Words are hard” on episode two was also pretty articulate. Hannah B. confidently declared, “I want someone who chooses me every day.” I think Hannah grew a lot from her time on The Bachelor, you guys! How often can contestants say that? Even though she didn’t receive The Final Rose, Hannah B. is a winner, in my books!

Next, came the acrimonious group date. Colton took a train ride with Hannah G., Kirpa, Heather and Cassie. Ominously, he only brought two roses. OMG, the famed Two-on-one date has evolved into a four-on-one. What a world!

On said group date, Heather earned the distinction of being the third girl so far to leave the competition of her own volition. Basically, she explained she wasn’t into him and didn’t want the Rose, then she peaced out to reboard the train.  And you know what? I applaud that! Sew your wild oats, girl! Make out with a few more people before letting one propose! After Heather’s departure, the afternoon basically devolved into a feud between Kirpa and Cassie. While Hannah G. earned a rose by following what I call The Little Mermaid School of Dating (She said nothing all day), the other girls were certainly not silent. Kirpa made herself the self-appointed “guardian” of Colton’s heart. Unlike Tayshia, Kirpa did not even wait for Colton to quiz her about the other girls’ intentions. Instead, she came in guns blazing to accuse Cassie of being a fame-monger who’s “not ready to get married.” But once again, Kirpa could not provide any proof Cassie has ever said she isn’t ready or asserted she’s in it for the fame. Rather, Kirpa simply believed such things were true because when Katie warned Colton that some of the women were shady, Caelynn and Cassie “looked defensive.” That kind of hearsay just won’t hold up in a court of law, so it won’t hold up in this recap, either. What does “defensiveness” even look like, pray tell? No one gave us an answer to that question, either.

It looked as if Cassie’s fate were sealed when she was saved by an unexpected guardian angel; Caelynn – who already had a rose – crashed the group date, where she convinced Colton to disregard Kirpa’s accusations about Cassie. And with that, it Kirpa who was sent home rose-less. Sadly, this means Tayshia is the only woman of colour left on this season. It’s 2019, and the show has yet to tackle its diversity problem. Apparently the execs at ABC are not particularly invested in racial equality…

See you next episode, dear readers. I wonder if Colton will finally jump that bloody fence!!!!

RELATED: Could Marijuana Improve Your Relationship?