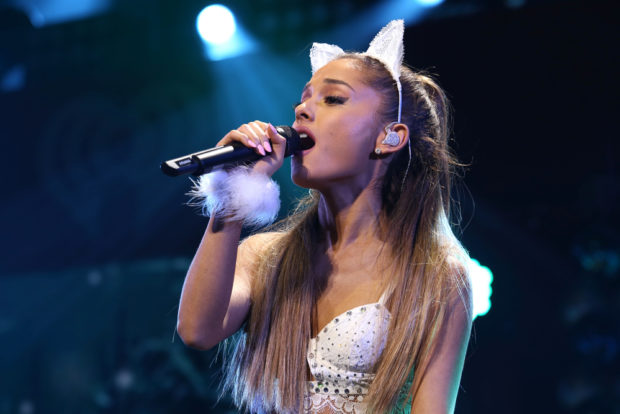 What better way to enjoy the work of your favourite artists than a live show? Get ready for an assortment of great events coming to Toronto this April. Check out these celebrities that will be performing in the city over the next month.

American pop superstar Ariana Grande will be in the Scotiabank Arena on Wednesday April 3rd for her “Sweetener World Tour” performance. Her latest album “Thank U, Next” was extremely popular and amassed over 100 million streams in just 11 days, now joining her projects “Sweetener” and “Dangerous Woman” with over 2 billion Spotify streams. In fact, since the release of her most recent album, she has become the most followed woman on Instagram with 149 million followers. Clearly Ariana is very popular right now… Perfect time to catch her in concert!

This iconic British-American rock band will be coming to the Scotiabank Arena on Monday April 8th as a part of their 52-date tour. Fleetwood Mac has over 17 studio albums and have sold more than 100 million records worldwide. The band members are getting older and won’t be touring for much longer. Make sure to catch the Rock and Roll Hall of Fame band perform some of their incredible hits when they hit the stage in Toronto this month.

These two hilarious Martins join forces for “Now You See Them, Soon You Won’t” coming to the Sony Centre for Performing Arts for back to back evenings of entertainment on April 12th and 13th starting at 7:30pm. The show includes a Q&A style interaction between the legendary comedians and the audience, with a musical twist. You are sure to stretch your cheeks at this show, as these two sure know how to get the crowd laughing!

The Goddess of pop announced on “The Ellen DeGeneres Show” that she is getting back on the road for her first tour in over 5 years, titled “Here We Go Again”. Sher has sold over 100 million records worldwide and is one of the best-selling musical artists in history. She will be hitting the stage in the Scotiabank Arena on Monday April 22nd. You can expect to hear her endless hits such as “If I Could Turn Back Time” and “Believe”. This is expected to be Cher’s final tour of her career, so don’t miss it!

Floridian rapper Kodak Black is heading on his “Dying to Live” tour which will be making a stop in Toronto. The tour is named after his second and most recent studio album which reached the number one spot on the US Billboard 200. The project features collaborations with Travis Scott, Offset, Juice WRLD and Lil Pump. He will be performing at Rebel Nightclub on April 23rd at 7pm.

RELATED: Four TED Talks To Get You Inspired