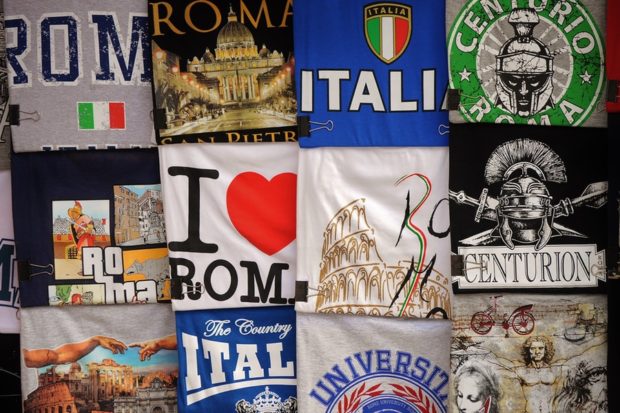 Most of us have graphic tees. We see them almost everywhere, such as streets, schools, stores, restaurants, and sometimes even at work before people change into their uniforms. We usually see them at least once a day, whether we are wearing one ourselves or seeing somebody else wearing one. Like most things in life, graphic tees have their pros and cons. We had the chance to review how impressionable wearing graphic tees makes you.

People can see your personality. If you wear shirts such as “Less Monday More Fun,” you would be showing your humorous side. People would see that you enjoy joking around, and would, therefore, make them less hesitant to joke around with you. This can especially be true if you are often shy or socially awkward and have difficulty communicating your humorous side both verbally and non-verbally with new people.

Back in 2007, I remember wearing an orange, long-sleeve graphic tee with the words “You can’t spell awesome without me” on it. Looking back, I sort of regret it because I fear some people may have interpreted it as arrogance, but whenever people commented on it, they thought it was funny and cool. I guess they knew it was just my humorous side.

They can be good conversation starters.

Say you have a hoodie from your graduating class with the school’s logo on it which says “Class of _____.” You wear this hoodie on to any new sporting event, gym or if you are just starting college wear it to your first day of classes. When you first meet somebody, and they bring up the hoodie you are wearing; the conversation could flow nicely. You two could click well.

Some can be offensive

When you are wearing a shirt with no graphics on them, you will have little worry about offending other people. Sometimes, in extreme cases, people can interpret certain graphic tees as prejudice, racist, or sexist. Therefore, it is essential to have some knowledge about the graphics on your shirt.

For example, if you wear a graphic tee with a band on it, it would be best to be aware of at least some history of its band members. If a member has done something illegal or offensive that made big news in the past, you may want to think twice before wearing that band shirt in public.

You may look and feel like a boy instead of a man. When we grow up, our dream is to typically be as attractive, manly, and rich as possible. We want a long-term partner and a good career. Being a child at heart is a good thing because let’s face it, who doesn’t like nostalgia now and then? However, the feeling of being a man is great as well.

Wearing graphic tees may not typically make one feel as confident of getting far in life. I can’t speak for other people, but I find that whenever I wear non-graphic shirts or dress shirts, I automatically feel a lot more confident and that I’ve gotten far in life. This, in return, would boost my confidence to achieve goals. Something I had little thought about growing up is that what is in front of you can have a more significant impact than you realize, which does include the shirts you wear.

RELATED: How Men Should Dress In College